Between Moscow, Geneva and Shanghai: the League of Nations and the Traffic in Women of Russian Origin 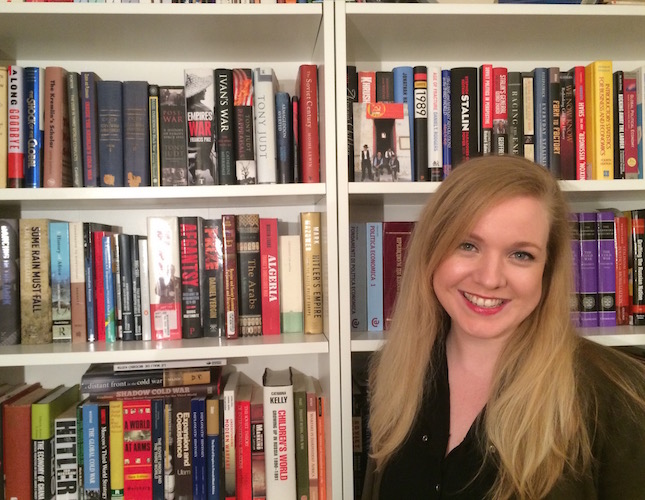 The Jordan Center’s Colloquium Series serves to introduce the most recent work of scholars within the Slavic field. Participants come from universities across the country and abroad, and work in disciplines ranging from history, political science and anthropology to literature and film. The colloquium discussion is based on a working paper which will be circulated prior to the event. In this session of the Spring 2016 Colloquium Series, Philippa Hetherington will join us from the School of Slavonic and East European Studies, University College London, to speak on “Between Moscow, Geneva and Shanghai: the League of Nations and the Traffic in Women of Russian Origin.”

The 2005 movie ‘The White Countess’, written by prominent British novelist Kazuo Ishiguro, tells the story of a beautiful, Russian former-aristocrat forced to flee the Bolshevik revolution who becomes a taxi dancer in Shanghai to feed her family. In its presentation of the noble, martyred, but ultimately redeemed figure of the Countess, the film encapsulates all the elements of an influential interwar paradigm, that of the ‘white’ Russian female migrant in China, forced by statelessness into the liminal space of the entertainment industry and even prostitution. The fact the narrative of the fallen Russian émigré in interwar China still animates popular culture in the early twenty-first century evidences the cultural reach of the League of Nations Committee on the Traffic in Women and Children, which first ‘discovered’ the plight of the Russian emigrant woman in the early 1920s. By doing so, the League produced a racialized paradigm of the trafficked subject whose abjection was the result of the perceived repressive operation of sovereign power by the new Soviet Union over its borders. In this way, the Soviet state was implicated in the reframing of the ‘problem of trafficking’ in the interwar era, even while it was not a member of the League. This talk will trace the genealogy of the ‘White Russian prostitute’ trope through the investigations of the League’s Traffic in Women Committee and the High Commission for Russian Refugees, detailing the responses of both Soviet and Chinese representatives in Geneva, and in doing so explore the gendered biopolitics of the international response to the interwar Russian refugee crisis.

Philippa Hetherington is a Lecturer in Modern Eurasian History at the School of Slavonic and East European Studies, University College London, where she researches and teaches the cultural, social and legal history of imperial Russia and the early Soviet Union in transnational context. She is currently completing a book manuscript entitled Circulating Subjects: The Traffic in Women and the Russian Construction of an International Crime. Building on research conducted in fourteen archives across Moscow, St Petersburg, Odessa, Geneva and London, this book examines the emergence of ‘trafficking in women’ as a specific crime in turn of the century Russia, and links this to the development of international humanitarian law, migratory regimes, and imperial governance. In addition, she has written on consumer culture under Stalin, the social and legal history of prostitution in Moscow and St Petersburg since 1600, and the gendered dynamics of the interwar Russian refugee crisis.

To receive a copy of Hetherington’s paper please contact jordan.russia.center@nyu.edu