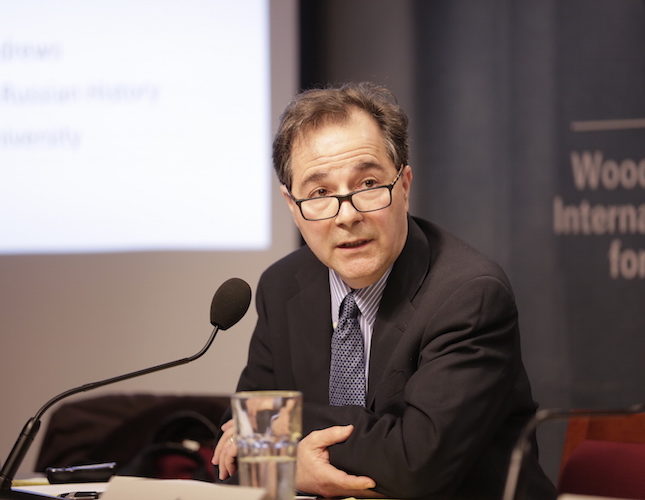 On February 17th, 2017 please join us for “Narrating the Soviet Metropolis: Visual Culture, Underground Architectural Space, and the Moscow Metro” featuring James T. Andrews of Iowa State University. The event is part of the Occasional series, sponsored by the Jordan Center for the Advanced Study of Russia.

Andrews will assess how visual iconography of politicized technological public spaces (i.e. the Moscow Metro) can highlight how a polity (and society) evolved over a variety of epochs. The archival photographs and contemporary images analyzed within this piece will show how the Moscow Metro can visually document the building of socialism under Stalin, catalogue its changed utilitarian nature under Khrushchev and reveal new meanings under their Soviet and post-Soviet successors. Professor Andrews’s presentation, based on his newest book project (Iconic Metropolitan) on the history of the Moscow Metro, will discuss how iconographic public spaces can have critical discursive meanings when they are juxtaposed contiguously across historical eras.

James T. Andrews is professor of modern Russian and comparative Eurasian history at Iowa State University where he has recently been the Director of the University Center in the Arts and Humanities (2010-2014). He is the author of Red Cosmos: K. E. Tsiolkovskii, Grandfather of Soviet Rocketry (2009) and Science for the Masses: The Bolshevik State, Public Science, and the Popular Imagination in Soviet Russia, 1917-34 (2003). He is also the editor of Maksim Gor’kii, Science and Revolution (1995), and co-editor of Into the Cosmos: Space Exploration and Soviet Culture (2011). Educated at Tufts (B.S. & M.I.A.) and Columbia Universities (Harriman Institute), Dr. Andrews holds a Ph.D. from the University of Chicago, where he studied under Sheila Fitzpatrick. He has taught as a visiting professor at several research universities including the University of Texas at Austin. His various research awards include Kennan-Woodrow Wilson Center Title VIII, Fulbright-Hays, Social Science Research Council, and the National Endowment for the Humanities. A recipient of numerous distinguished teaching awards on campus, he was short-listed for the American Historical Association’s Eugene Asher Award for national distinction in teaching. He has been affiliated since 1995 as a senior scholar at the Russian Academy of Sciences Institute for the History of the Natural Sciences & Technology in both Moscow and St. Petersburg. His newest archival-based book in progress is a cultural and political history of the Moscow Metro and mass mobility in the capital (from 1902 to the present) entitled Iconic Metropolitan: Mass Culture, Architectural Visions, and the Politics of Public Space in Modern Russia.