Ottoman “Frontiers” in Russia and the Indian Ocean 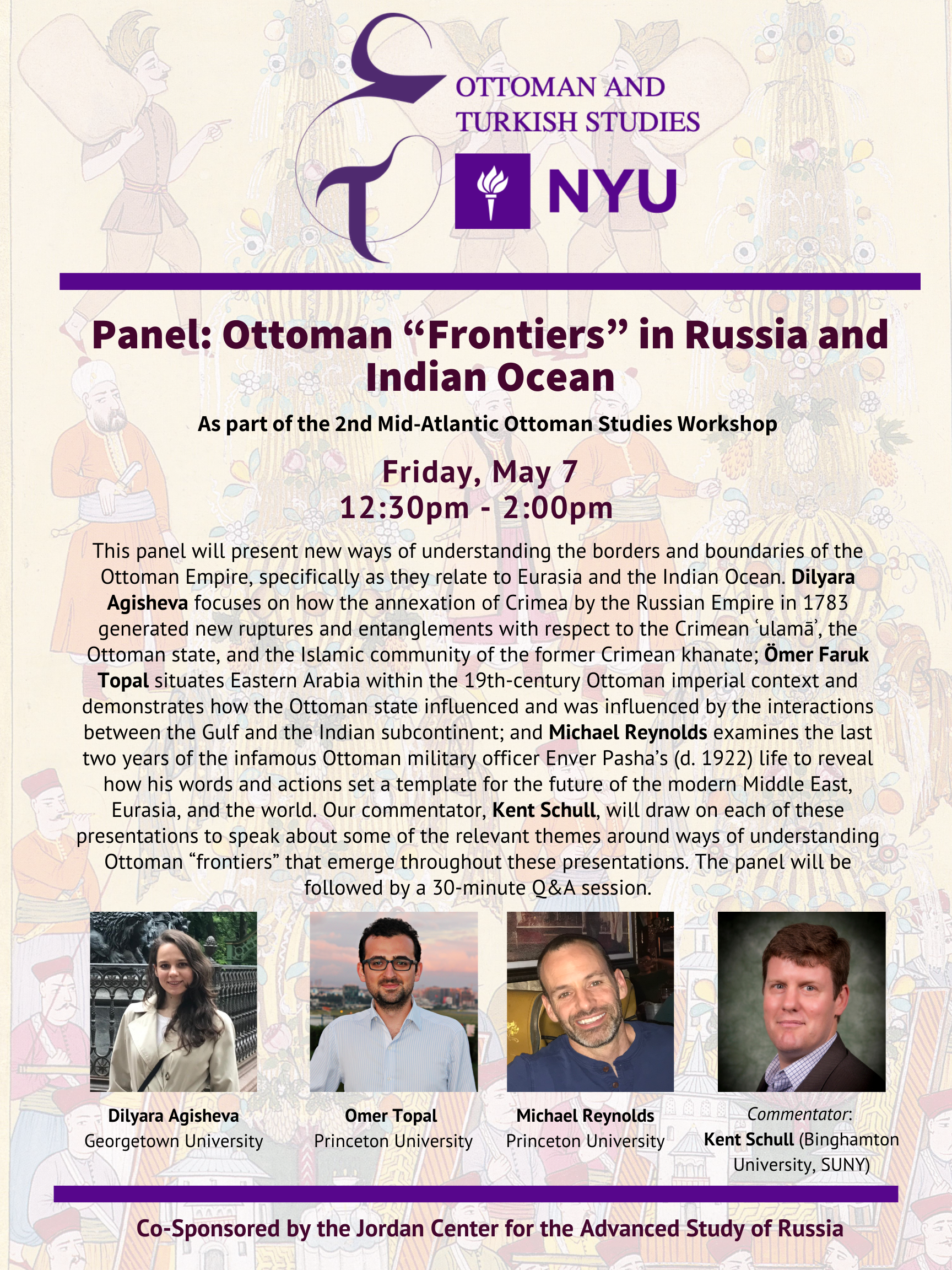 This panel will present new ways of understanding the borders and boundaries of the Ottoman Empire, specifically as they relate to Eurasia and the Indian Ocean. Dilyara Agisheva focuses on how the annexation of Crimea by the Russian Empire in 1783 generated new ruptures and entanglements with respect to the Crimean ‘ulamā’, the Ottoman state, and the Islamic community of the former Crimean khanate; Ömer Faruk Topal situates Eastern Arabia within the 19th-century Ottoman imperial context and demonstrates how the Ottoman state influenced and was influenced by the interactions between the Gulf and the Indian subcontinent; and Michael Reynolds examines the last two years of the infamous Ottoman military officer Enver Pasha’s (d. 1922) life to reveal how his words and actions set a template for the future of the modern Middle East, Eurasia, and the world. Our commentator, Kent Schull, will draw on each of these presentations to speak about some of the relevant themes around ways of understanding Ottoman “frontiers” that emerge throughout these presentations. The panel will be followed by a 30-minute Q&A session.

Register for the zoom webinar here.

This event is hosted by the NYU Ottoman and Turkish Studies Department and co-sponsored by the Jordan Center for the Advanced Study of Russia.