Painters, the Art Market, and Images of Female Beauty in Russia, 1830-1860 (with Margaret Samu) 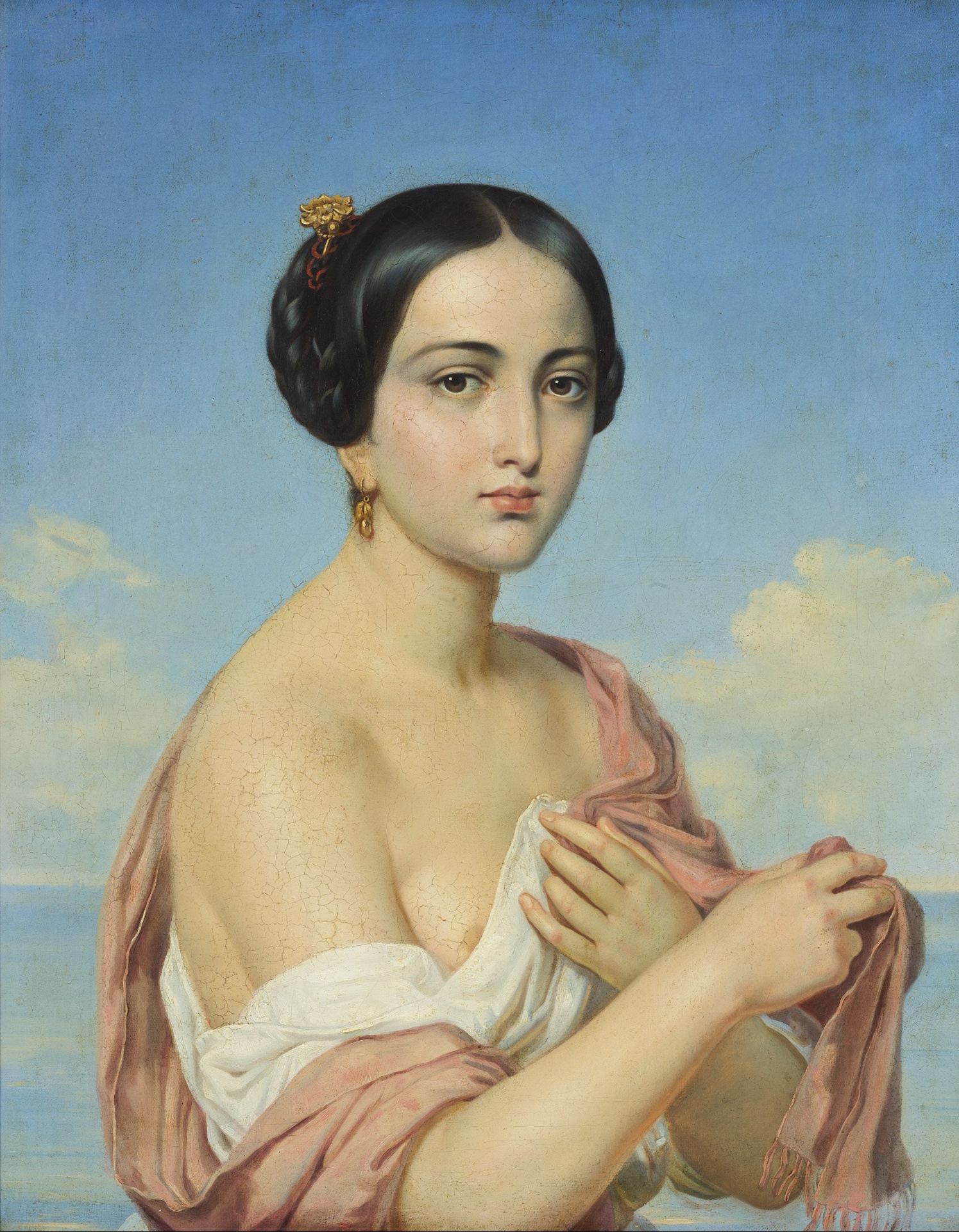 Russian painters of the mid-nineteenth century faced a difficult art market. Even the most talented of them—trained as history painters to produce large-scale canvases of biblical and historical subjects—found little demand for such works from the church or the state after finishing their training. Meanwhile, the number of artists was increasing. While major commissions were scarce, members of Russia’s elite and middling classes were ready to order portraits and purchase golovki, or ideal heads, which painters made on speculation for the market. Images of women sold especially well. Artists could undertake these less ambitious projects while waiting for a serious commission to appear on the horizon. While some writers praised the depiction of female beauty as “among the most exalted tasks of art,” other high-minded observers vilified artists who specialized in painting women as “merchants” and “shameless speculators.” The conflict entered literature of the 1830s through 1850s with the advent of a new protagonist, the artist who abandoned his lofty ideals and wasted his talent on society portraits and pictures of pretty girls. This paper examines the work of painters Aleksei Tyranov and Ivan Kapkov, among others, to explore artists’ choices and the way they were perceived in this vibrant period of artistic change.

Margaret Samu works on eighteenth- and nineteenth-century Russian art and design in a global context. Her work has been published in journals such as Iskusstvoznanie, Nineteenth-Century Studies, and Experiment, as well as a volume she co-edited, From Realism to the Silver Age (NIU Press, 2014). Her article “The Reception of Karl Briullov’s Last Day of Pompeii at the Paris Salon of 1834” is forthcoming in The Art Bulletin (June 2021). Dr. Samu has received grants from the Mellon Foundation, the Fulbright Program, the Metropolitan Museum of Art, and the Library of Congress, among other institutions. Her current book project is titled Russian Venus: The Female Nude in the Art World of Imperial Russia. She served as president of the Society of Historians of East European, Eurasian, and Russian Art and Architecture (SHERA) from 2013 until 2015. Dr. Samu teaches at The New School’s Parsons School of Design.