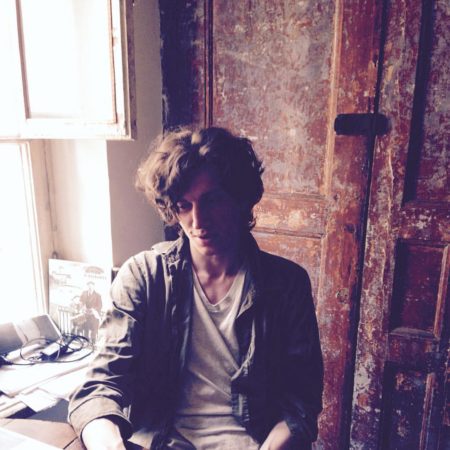 Please join us for a reading and conversation with Pavel Arseniev, a poet, editor, theoretician, and recipient of the Andrei Bely prize, Russia’s most prestigious literary award, in 2012.

Arseniev stands as one of the helmsmen of Translit, an independent journal of poetics and theory, that has become a real force in charting for the new generation of Russian writers a path (or, rather, a lovely and meandering dérive) between the legacy of the Russian avant-garde of the 1920s and literary theory, on the one hand, and contemporary Western philosophy, on the other. Joined by his New York translators, including Anastasiya Osipova, Arseniev will read from his new bilingual poetry edition entitled Reported Speech (Cicada Press, 2018). In his poetry Arseniev pays equal attention to politicizing and historicizing even the most mundane facts of the poet’s life, while, at the same time, approaching reified bits of found speech and political propaganda with lithe irony and tender lyricism.

“One hundred years after the October revolution, LEF (Left Front of the Arts), and Russian Formalism, Pavel Arseniev brings into Russian poetry the militant excitement of subversive materialist exploration and canny activist protest.”

Kirill Medvedev, the author of It’s No Good

Pavel Arseniev (b. 1986) is a Russian artist, poet and theoretician. He is also known for editing and galvanizing intellectual forces around the St. Petersburg-based journal of poetics and theory, Translit – an activity for which he received an Andrei Bely prize, Russia’s most prestigious literary award – and for inventing the slogan that became a rallying cry of the 2012 anti-Putin protests. His poems have been translated into English, Italian, Danish, Dutch, Bulgarian, Polish and Slovenian.