Plotting the Family: A Comparative Approach to the Russian vs. English Novel, 1800-1880 (with Anna Berman and Discussant Barbara Alpern Engel) 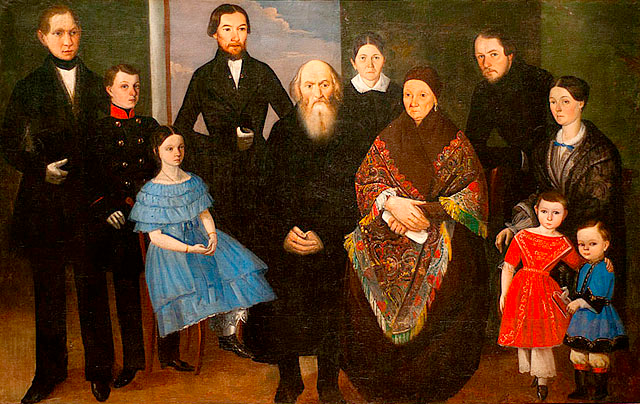 Join us for another installment of the 19v seminar series!

Professor Berman’s talk explores how family structure shaped plot in the nineteenth-century Russian novel. Existing studies of family and plot—based largely on the English novel—assume a conservative function for the family, driven by the genealogical imperative (plots lead to marriages that will produce heirs). The Russian novel dismantles this assumption. Drawing on a wide range of historical sources and close reading of over 100 novels (roughly 50 Russian and 50 English), Berman argues that the English and Russians had fundamentally different conceptions of what the family was and that this shaped the way they plotted consanguineal relations, courtship/marriage, and alternative kinship constructions. The talk will focus on Russia’s alternative kinship model that pushed beyond standard bio-legal conceptions of family, instead embracing intentional kin. This expansive, inclusive model—standing in sharp opposition to the English obsession with lineage and descent—created new “messier” family plots and contributed to the Russian novel’s famed open-endedness and breaking of generic conventions.