Polarization and its (Dis)contents: Russian Activists’ Search for “Points of Contact” in the Late Putin Era (with Maria Sidorkina) 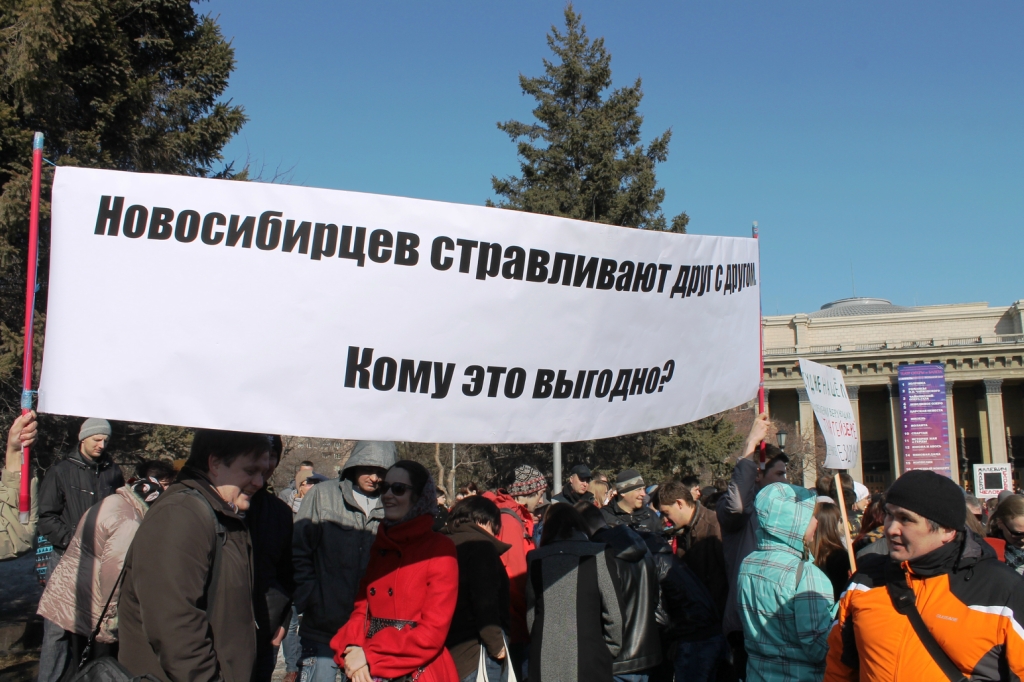 Political polarization has been on the minds of Russian activists since at least 2012, when state-affiliated media started pushing the story of a divided nation. Since that time, many independent and oppositional media outlets have also found the “culture war” framing compelling. By now, the trope of a polarized nation has become a discursive commonplace in Russia, and street protests that dramatize clashes of fundamental values have become routine. Long-time experience with “culture war” narratives has meant that most engaged urbanites have come up with answers to both: “Who is to blame?” for pitting citizens against one another, as well as “What is to be done?” In the words of one of Siberian activist, one winning strategy has been to forego finding “points of consensus” on issues that fundamentally divide activist groups for the sake of establishing “points of contact” between them. This talk considers how Russian activists have both used and resisted the imaginary of political polarization in the media, on city streets, and at public gatherings. Specifically, it will focus on how rituals of de-polarization have been used to clear space for the business of forming contingent political coalitions for the sake of joint action. The research for this talk is based on participant observation and interviews conducted with a diverse community of activists working in and beyond Novosibirsk, Russia’s third-largest city.

Maria Sidorkina is an Assistant Professor of Slavic and Eurasian Studies and Anthropology at University of Texas at Austin. She received her Ph.D. in Cultural and Linguistic Anthropology from Yale University and was a post-doctoral fellow at Harvard’s Davis Center for Russian and Eurasian Studies in 2016-2017, as well as the Center for Humanistic Inquiry at Amherst College from 2017-2019. She researches language and politics, digital social interaction, and post-socialist public culture. Her current book project, Protest and Belonging: Searching for the People in Putin’s Russia, tracks experiments with collective action in Russia in the wake of the Fair Elections protest movement. The study depicts how Russian activists use various media—speech, text, bodies, digital platforms, and city streets—to figure traditional and new forms of political participation.