Where is Putin Leading Russia? 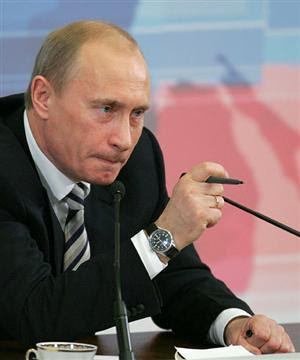 From the “Evil Empire,” through “Upper Volta with Rockets” and then to the “Wild East,” outsiders have time and again tried to come to terms with Russia, its domestic trajectory, and its place in the world. Suddenly, Moscow’s relations with the West are souring and there is talk of a new Cold War, of a geopolitical Great Game. “Revisiting Russia” is a three-part series featuring experts with distinctive perspectives on Russia who will discuss the current state of the country, its future, and the role it is likely to play in the world.

The first session features CGA Clinical Professor of Global Affairs and leading expert on Russian security affairs Mark Galeotti on the question “Where is Putin leading Russia?”  Galeotti spent spring and summer 2014 in Moscow as a visiting scholar, where he spoke with Russian officials and foreign diplomats, scholars and office workers, cops and expats. He joins NYU Jordan Center Director Yanni Kotsonis in conversation on how Russia is run today, what the priorities of Putin’s regime appear to be, and likely prospects both for the country and its leader.