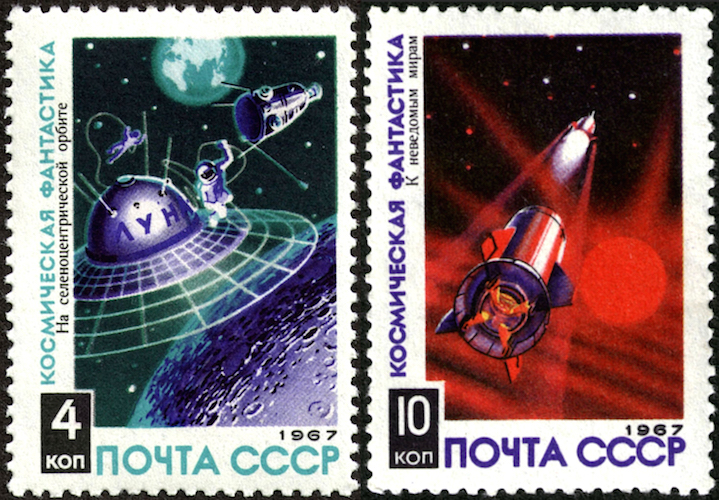 On April 8, 2016, please join us for “Radiant Futures: Russian Fantasy and Science Fiction,” a conference convened by Eliot Borenstein, Professor of Russian and Slavic Studies and Collegiate Professor at New York University and featuring a varied line-up of speakers from the literary field.

Russia has a rich tradition of fantasy and science fiction (F&SF), in dialogue with its Western counterparts but ultimately establishing a distinct set of traditions. Soviet aviators sang that they were “born to make fairy tales come true,” but it might be more accurate to say that the Soviet Union was created to bring science fiction dreams to life. The Soviet Union was famously future-oriented, with the “radiant future” of communism justifying all manner of present-day deprivations. How did F&SF writers develop their work in the Soviet context? And what were F&SF writers to do once the promised future proved entirely fictional? What could the future look like in the ruins of a decades-long dream?