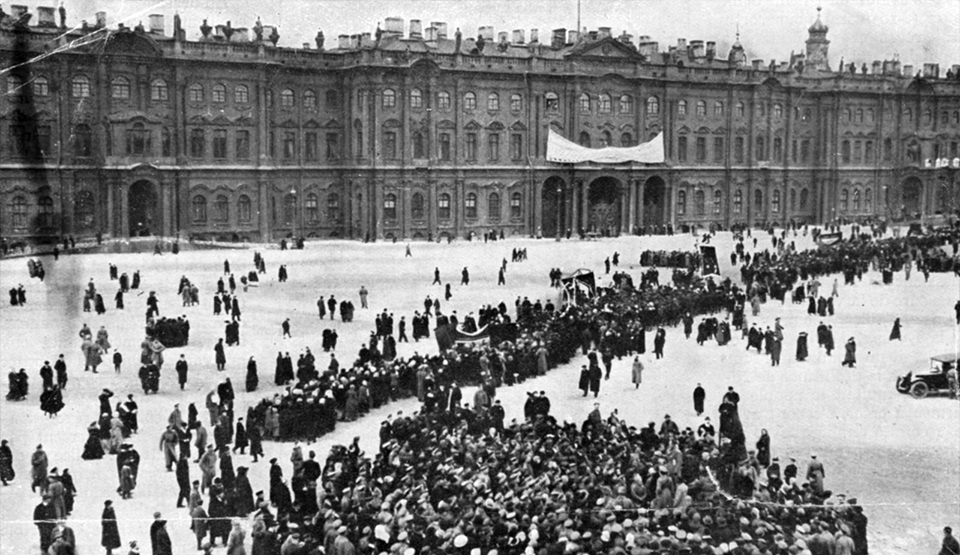 When thinking about the October Revolution we habitually imagine a single event with far-reaching historical consequences. We sometimes forget that history does not follow nature’s laws of causality but rather was an interaction between revolutionary technologies, incremental changes in knowledge, and necessary politico-economical development, which themselve have stirred up European societies since Modernity. Furthermore, we are seldom cognisant of the role media has played in the telling, writing, showing and conception thereof. Living in post-historical times, we need to give new meaning to the events and dates we are inheriting from European History (writ large.)

This conference focuses on a radical form of “historical imagination” (Haydn White) as exemplified by the October Revolution. Our aim is to describe how the multi-layered process of historical change was modelled by the classical arts of literature or theatre and by the new media, such as cinema, into a special kind of event. How did it happen that we have come to associate this complex process solely with the storming of the Winter Palace on October 25th in 1917?

The Re-Enactments of 1917 in Film Conference focuses on a number of representational techniques, which appeared around 1927 and aided in an epic history with a dramatic event. For instance, after the release of Sergei Eisenstein’s film “October” and Esfir Shub’s chronicle “The Fall of the Romanov Dynasty” great discussions arose on the difference between fact and fiction since re-enactments had been widely used, due to – and as substitute for – the lack of actual documentation. Conference sessions detail how the mythologies of folklore, the poetics of avant-garde art, and the utopia of new media, shaped the figure of the October Revolution. And finally, the question is posed: Don’t we need to save the date?

7:15 PM Pudovkin’s The End of St. Petersburg
Introduction by Anke Hennig
“Telling the End of History”

9:00 AM to 11:00 AM
Anke Hennig (Free), Introduction
“Save the Date: How Avant-garde Film Shaped the October Revolution”
Mikhail Iampolski (NYU)
“Revolution as a dynamic form”
Oksana Bulgakova (Mainz)
“The Storming of the Winter Palace and its filmic reenactment in 1927,1937, 1957 and 1993: From Oktober to Misfire“