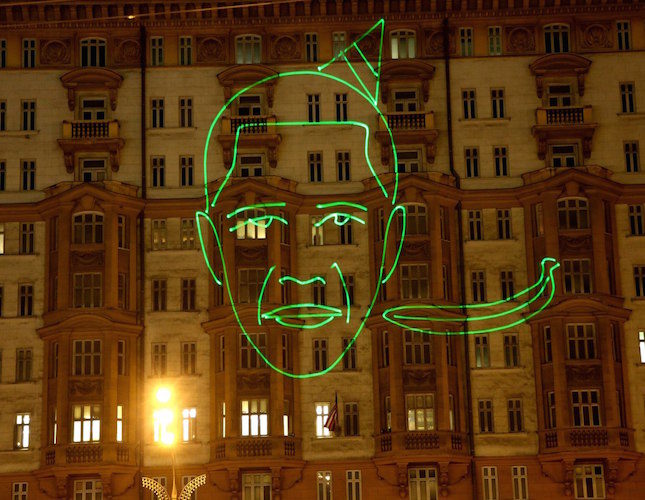 Please join us on February 6th, 2017 for a panel discussion, entitled “The Global Alt-Right: Race and U.S.-Russia Relations” featuring journalists Terrell Starr, Casey Michel and Natasha Bertrand and moderated by Dr. Jennifer Wilson from the University of Pennsylvania. This event is part of the Translating Race in Eurasia research initiative and is co-sponsored by the University of Pittsburgh’s Center for Russian and East European Studies, NYU’s Remarque Institute and the Center for European and Mediterranean Studies. It is the next installment of the Occasional Series, sponsored by the Jordan Center for the Advanced Study of Russia.

When the United States imposed sanctions against Russia after Putin’s seizure of Crimea, popular Russian pushback against President Obama often took the shape of racist rhetoric and imagery. More recently, we have seen a rise in alt-right (white supremacist) groups in the U.S. looking to strengthen ties to Russia, with figures like David Duke insisting that Russia holds the “key to white survival.” What accounts for the increasing racialization of U.S.-Russia relations, and what does it mean for American domestic politics, where racial tensions are at a fever pitch? This forum brings together three leading journalists who look at the intersection of race, ethnic conflict, and U.S. foreign policy towards Russia to help us answer these questions.

Terrell Starr is a Senior Reporter for FoxtrotAlpha where he covers Russian and U.S. politics. His political reporting and commentary has appeared in The New York Times, Fusion, and The Daily Beast. He frequently appears on MSNBC to discuss Russia and global racial politics. He was a 2009-2010 Fulbright Scholar based in Ukraine where he researched Afro-Ukrainian identity among migrant communities in Kyiv.

Casey Michel has worked as a journalist in both the US and the former Soviet Union. His work has appeared in Foreign Policy, The Atlantic, The New Republic, and POLITICO Magazine. He authored a report for People For the American Way that examined Russian cultivation of American white nationalists, religious fundamentalists, and domestic secessionists.

Natasha Bertrand is a reporter and editor at Business Insider where she covers geopolitics, national security, and foreign policy. She has written for Business Insider about ties between the American alt-right movement and ultra-nationalist groups in Russia. Previously, she worked at a political think tank in Madrid, Spain, researching EU relations with the Middle East and North Africa.

Moderator: Dr. Jennifer Wilson is a Postdoctoral Fellow for Academic Diversity at the University of Pennsylvania in the Department of Slavic Languages and Literatures. She has written about race in Russian society for The Guardian, The Los Angeles Review of Books, and the Jordan Center’s All the Russias blog. She also runs the Translating Race in Eurasia research initiative.

This event is co-sponsored by the University of Pittsburgh’s Center for Russian and East European Studies, NYU’s Remarque Institute and the Center for European and Mediterranean Studies.