Russia and the 2016 US Presidential Election: What Happened, What do We Know, and What are We Going to Find Out? 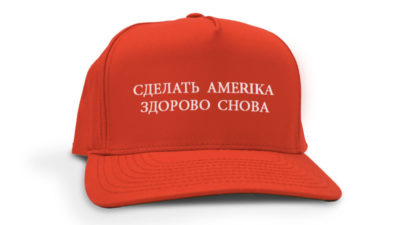 On Monday, October 23rd please join us for “Russia and the 2016 US Presidential Election: What Happened, What do we Know, and What are we Going to Find Out?”, featuring panelists Timothy Frye (Columbia University), Seva Gunitsky (University of Toronto), Julia Ioffe (The Atlantic), and Andrei Soldatov (Agentura.ru). This event is part of the New York Russia Public Policy Seminar, co-sponsored by The Harriman Institute of Columbia University and the New York University Jordan Center for the Advanced Study of Russia. The joint initiative, supported by the Carnegie Corporation of New York, establishes a regular forum for academics and professionals in New York city to engage with pressing issues informing U.S.-Russia relations. The sessions seek to bring innovative and impactful scholarship and analysis to bear on key trends and related policy questions and to create an informed network for open dialogue and debate.

Perhaps no single event in recent memory has had such an effect on – and continues to have the potential to affect – US-Russian relations then the ongoing allegations of Russian interference in the 2016 United States Presidential Elections.  From secret meetings at Trump Tower to Facebook ads and bots to FBI wiretaps and raids, this story seems to take new twists and turns almost weekly. Please join us in the next installment of our Carnegie Corporation of New York sponsored Russia Public Policy Series at the NYU Jordan Center, jointly organized with the Harriman Institute at Columbia University, on Monday, October 23 from 4:00 – 6:00 PM when Jordan Center Director Joshua A Tucker will host a panel featuring, Timothy Frye of Columbia University, Seva Gunitsky of the University of Toronto , Julia Ioffe of The Atlantic magazine, and Andrei Soldatov, as we try to sort out the causes and consequences of these events.

Timothy Frye is the Marshall D. Shulman Professor of Post-Soviet Foreign Policy and Chair of the Department of Political Science at Columbia University.  He is also the Research Director for the International Center for the Study of Institutions and Development, Higher School of Economics in Moscow and the editor of Post-Soviet Affairs.  He has a Ph.D. from Columbia University in Political Science and a BA in Russian Language and Literature from Middlebury College.  His most recent book is Property Rights and Property Wrongs: How Power, Institutions and Norms Shape Economic Conflict in Russia (Cambridge University Press 2017).  His current research focuses on the impact of economic sanctions on public opinion in Russia and the role of employers in the political mobilization of their workers.

Seva Gunitsky is an associate professor of political science at the University of Toronto. His writing has appeared in International Organization, International Theory, and Perspectives on Politics, as well as the Washington Post’s Monkey Cage, The American Interest, Toronto Globe & Mail, and others. His book Aftershocks: Great Powers and Domestic Reforms in the Twentieth Century was recently published by Princeton University Press.

Julia Ioffe is a staff writer at The Atlantic, covering politics and international affairs. She was a Moscow-based correspondent for Foreign Policy and The New Yorker from 2009-2012.

Andrei Soldatov is a Russian investigative journalist, co-founder and editor of Agentura.ru, a watchdog of the Russian secret services’ activities. He has been covering security services and terrorism issues since 1999. He has co-written with Irina Borogan The New Nobility. The Restoration of Russia’s Security State and the Enduring Legacy of the KGB (PublicAffairs, 2010) and The Red Web: The Struggle Between Russia’s Digital Dictators and the New Online Revolutionaries, published in the autumn of 2015. In August 2017 the new edition of The Red Web was published, with an added chapter about the Russian meddling in the U.S.election.

Joshua A. Tucker is Professor of Politics, an affiliated Professor of Russian and Slavic Studies, and an affiliated Professor of Data Science at New York University.  He is the Director of NYU’s Jordan Center for Advanced Study of Russia. He is one of the co-founders and co-Directors of the NYU Social Media and Political Participation (SMaPP) laboratory, and a co-Author/Editor of the award winning politics and policy blog The Monkey Cage at The Washington Post. His most recent book is Communism’s Shadow: Historical Legacies and Contemporary Political Atttiudes, co-authored with Grigore Pop-Eleches (Princeton University Press