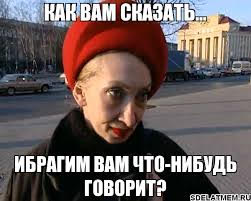 All around the world, the Internet is merciless to people perceived as strange or engaging in unusual behavior. In this, Russia is no different.  For over a decade, Russian speakers have shared videos of now-famous eccentrics, spawning parodies and memes. We will look at videos uploaded by the subjects themselves, videos made by passers by on their phones, but primarily the accidental viral phenomena resulting from “man on the street” television interviews.  The resulting cast of characters becomes part of a shared cultural system, but also raises uncomfortable ethical questions: who are these people really, and what does it mean to laugh at them?