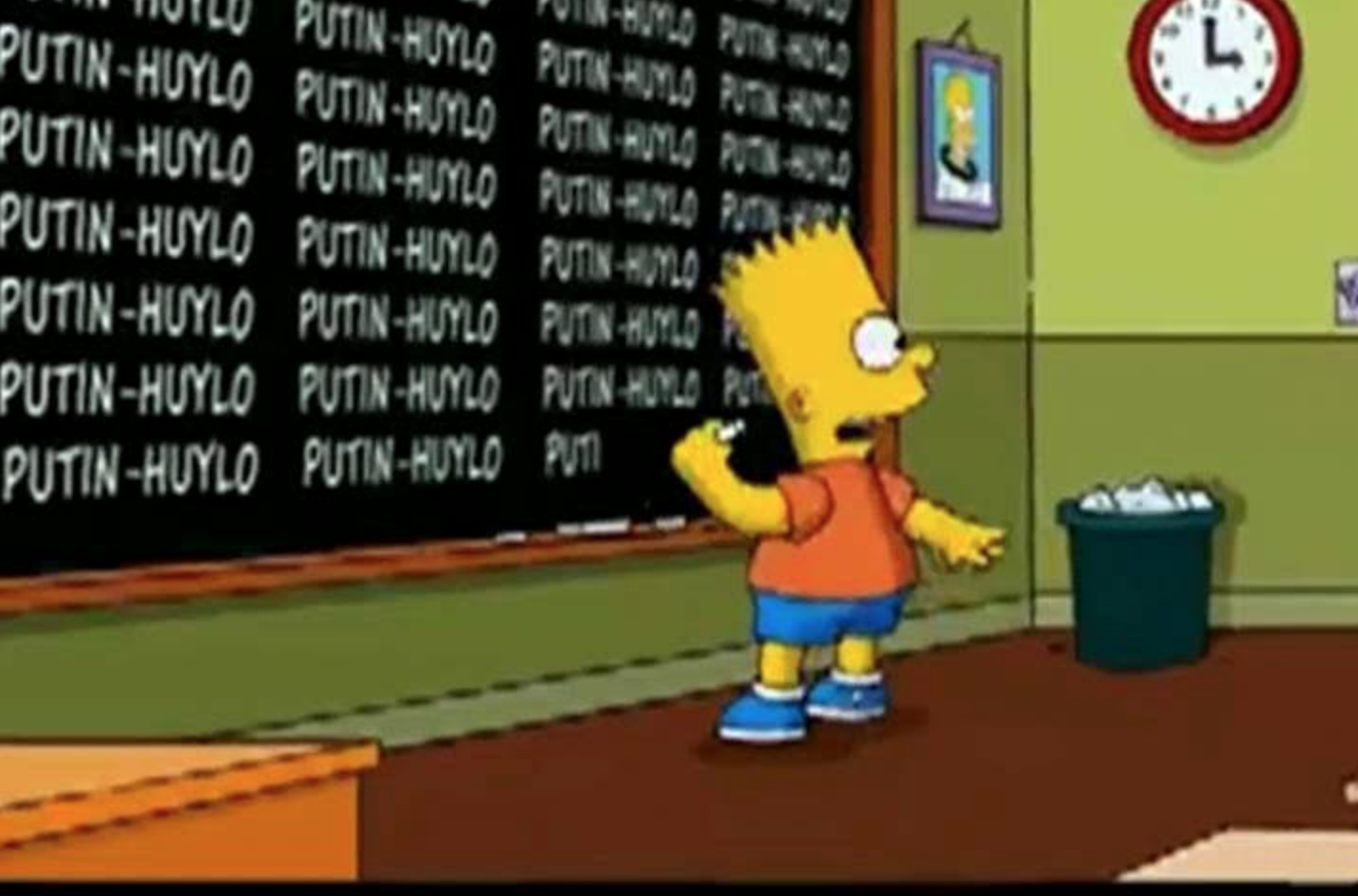 Lecture Two: The ‘Putin is a D**khead’ Meme

Though its origins are in a 2014 Ukrainian soccer chant, the phrase “Путин—хуйло” (“Putin is a d**khead”) quickly moved to the Internet, in Russian, Ukrainian, and even English-language memes.  Discover the magic of geopolitical urology  in this 15-minute presentation.

Eliot Borenstein is Professor of Russian & Slavic Studies and Senior Academic Convenor for the Global Network at New York University. He is the author of Men without Women: Masculinity and Revolution in Russian Fiction, 1917-1929, Overkill: Sex and Violence in Contemporary Russian Popular Culture, Plots against Russia: Conspiracy and Fantasy after Socialism, and Pussy Riot: Speaking Punk to Power (Fall 2020).  His current projects includes the recently-submitted Russia’s Alien Nations: The Secret Identities of Postsocialism, The World Inside Your Head: Marvel Comics in the 1970s (to be serialized in draft form through Cornell University Press and as a blog), and Meanwhile, in Russia…: Russian Internet Memes and Viral Video (under contract with Bloomsbury Press).