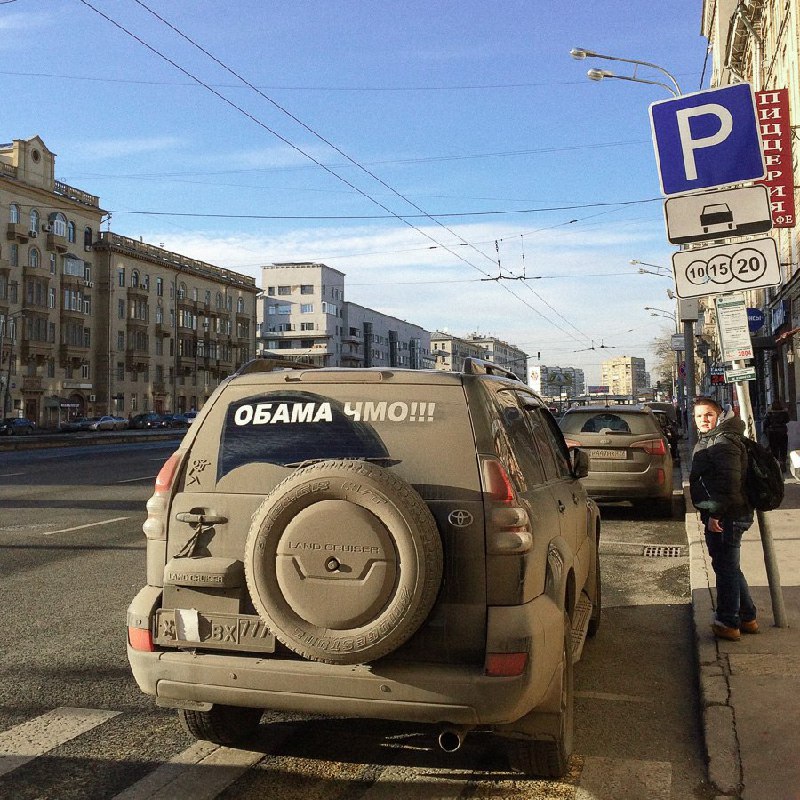 Lecture Three: The “Obama is a Shmoe” Meme

Political memes in Russia are at least as useful to those in power as they are to the opposition.  Experts chose the phrase “Obama is a Shmoe” (Обама—чмо) as one of 2015’s “words of the year.” This was a meme whose circulation was literal and visible, starting as a car sticker, transforming into an Internet meme and а video by one of the country’s most popular comedians,  and sparking a viral video challenge. How did this meme work, and what is its connections to the more explicitly racist Russian anti-Obama Internet memes that circulated during the last few years of his presidency?

Please be advised that some of the words and imagery analyzed in this lecture are racist and offensive.