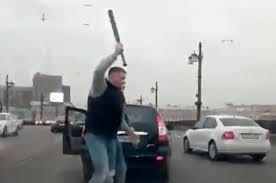 For nearly a decade, Russia has supplied a treasure trove of viral content gathered by the dashboard cameras that have become ubiquitous throughout the country.  These videos, which present a country full of madcap drunks prone to absurd antics and violent outbursts, are hugely popular.  When the whole world is consuming such content, what does that mean for Russia’s role in the global imagination?