The September 2016 Russian Duma Elections: What Happened and What Does it Mean? 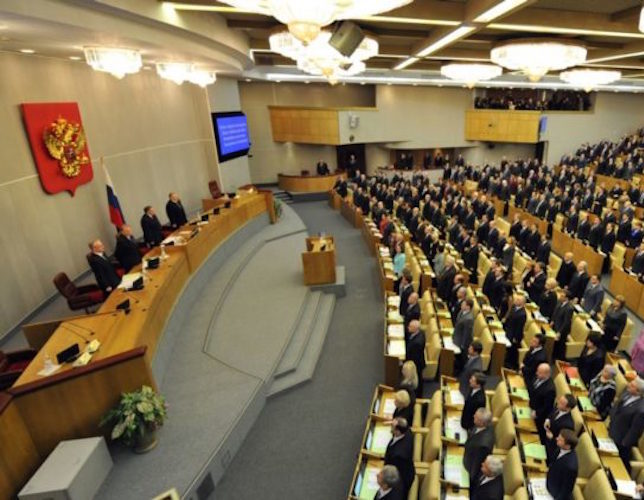 Please join us on September 21st for a roundtable discussion on “The September 2016 Russian Duma Elections: What Happened and What Does it Mean?”. This event will be chaired by Joshua Tucker (Director, Jordan Center) and panelists will include Timothy Frye (Columbia University), Kimberly Marten (Barnard College, Columbia University), and Lucan Way (University of Toronto).

Joshua Tucker is Professor of Politics, an affiliated Professor of Russian and Slavic Studies, and an affiliated Professor of Data Science at New York University. He is the Director of NYU’s Jordan Center for Advanced Study of Russia, a co-director of the NYU Social Media and Political Participation (SMaPP) lab, and a co-Author of the award winning politics and policy blog The Monkey Cage at The Washington Post. In 2006, he became the first scholar of post-communist politics to be awarded the Emerging Scholar Award for the top scholar in the field of Elections, Public Opinion, and Voting Behavior within 10 years of the doctorate, and in 2012 he was part of an interdisciplinary four-person team of NYU faculty to win one the National Science Foundation’s inaugural INSPIRE grants.

Timothy Frye (Ph.D., Columbia, 1997) is the Marshall D. Shulman Professor of Post-Soviet Foreign Policy and the Director of The Harriman Institute. Professor Frye received a B.A. in Russian language and literature from Middlebury College in 1986, an M.I.A. from Columbia’s School of International and Public Affairs in 1992, and a Ph.D. from Columbia in 1997. His research and teaching interests are in comparative politics and political economy with a focus on the former Soviet Union and Eastern Europe. He is the author of Brokers and Bureaucrats: Building Markets in Russia, which won the 2001 Hewett Prize from the American Association for the Advancement of Slavic Studies, and Building States and Markets after Communism: The Perils of Polarized Democracy. Among other projects, he is working on a book manuscript, Property Rights and Property Wrongs: Institutions and Economic Development in Russia. He has worked as a consultant for the World Bank, the European Bank for Reconstruction and Development, and the U.S. Agency for International Development. He is also Director of the Center for the Study of Institutions and Development at State Research University-Higher Economics School, Moscow.

Kimberly Marten is the Ann Whitney Olin Professor of Political Science at Barnard College, and a faculty member of the Graduate School of Arts and Sciences and the School of International and Public Affairs (SIPA) at Columbia University. She directs the Program on U.S.-Russia Relations at Columbia’s Harriman Institute. She has written four books, most recently Warlords: Strong-Arm Brokers in Weak States (Cornell, 2012). Her first book, Engaging the Enemy: Organization Theory and Soviet Military Innovation (Princeton, 1993) won the Marshall Shulman Prize. She has written numerous journal articles, chapters in edited volumes, and policy opinion pieces, including for the Monkey Cage blog of the Washington Post. She is a frequent media commentator, and appeared on “The Daily Show” with Jon Stewart. She is a member of the Council on Foreign Relations.