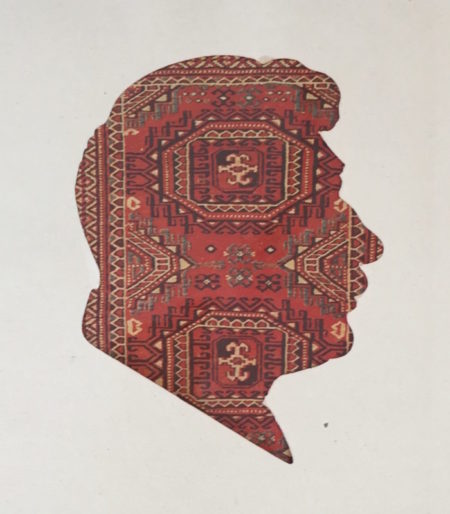 Please join us on Monday, October 29th for “Socialist Orientalism: Aleksandr Rodchenko’s and Varvara Stepanova’s Ten Years of Uzbekistan”, a talk with Nariman Skakov, Stanford University. This event is part of the Occasional Series, sponsored by the NYU Jordan Center for the Advanced Study of Russia.

In 1933, Aleksandr Rodchenko (1891–1956) and Varvara Stepanova (1894–1958), one of the most celebrated avant-garde couples, were commissioned to produce a luxurious folio to commemorate the tenth anniversary of the formation of the Uzbek Soviet Socialist Republic. At the time, the Central Asian republic was seen as an exemplary space: its “inherent” emptiness was filled in by means of construction—a new home for the emerging Uzbek proletariat, built during the first five-year plan. By the mid-1930s, after ten years of intense construction, this home had to be suffused with symbolically meaningful content. Ten Years of Uzbekistan created and endorsed this meaning.

The result is an impressive graphic design achievement. Various reproductions of paintings and drawings by Uzbek artists, as well as arts and crafts by anonymous artisans were reproduced practically in miniature, domesticating and overcoming their actual sizes. This tactic was blended with elaborate large-scale photo collages, portraits of the political elite, and textual inserts. In the resulting work, epic visual compositions literally overcome the spatial limits of the page: a great number of the works are presented on folded pages, which can be opened in every direction. Altogether, they create the intricate rhythm of the album, a typographic oriental carpet, and present Uzbekistan simultaneously as an exotic fairy-tale land and an advanced socialist topos, an enacted utopia.

The album has stood the test of time, but not without scars to prove it: the oriental fairy-tale accommodates tangible traces of the Stalinist terror. Within a year of the book’s publication, the political establishment of the USSR was subject to violent repressions, and many of the individuals whose portraits proudly adorned the album’s pages were purged. Rodchenko and Stepanova’s two personal copies register the rupture that took place: the artists defaced with India ink the faces and names of those who fell out of political grace and ceased to exist. With the passage of time, this purely practical solution (for the possession of books with photographs of “enemies of the people” was a punishable crime) evolves into a radical aesthetic gesture. The obscuring ink stains conceal the victims of Stalinism. At the same time, these blank spaces profoundly reveal the horror of the time, for the dark void is an arresting representation of an all-consuming “animal” fear. This was a Stalinist black space: a dark corner of extermination, compromising the mimetic procedure and competing in its representational radicalism with Malevich’s Black Square.

Nariman Skakov is Assistant Professor of Slavic Languages and Literatures. He holds an MPhil degree in European Literature and a DPhil degree in Modern and Medieval Languages from the University of Oxford. His teaching and research interests lie primarily in 20th-century Russian/Soviet/Post-Soviet literature and culture. More specifically, they include Soviet Modernism, the cinema of Andrei Tarkovsky and Rustam Khamdamov, Moscow conceptualism, and artistic visions of the Soviet Orient. His first monograph, The Cinema of Tarkovsky: Labyrinths of Space and Time, was published by I. B. Tauris in 2012. His articles appeared in Slavic Review, Russian Review, Dostoevsky Studies, Studies in Russian and Soviet Cinema, and Новое литературное обозрение. He is currently working on a book dealing with late modernist experiments in the Soviet Union in the 1930s.