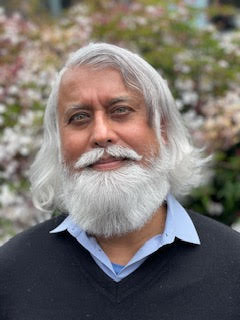 Alongside the largely unfulfilled obligations of diplomatic treaties and military alliances, the first century of modern Russian-Georgian relations also produced a striking body of literary texts which can be seen to explore deeper shifts in the symbolic valence of sovereignty. First theorized in the early modern era, sovereignty has conventionally been understood to designate the supreme authority residing in the state, as well as the political and legal independence of geographically separate states. The principle of sovereignty has been key to a prolonged and arguably incomplete transition away from a model of political authority regarded as divinely ordained and embodied in the ruling monarch towards a secular model of statehood. Common to both older and newer understandings of sovereignty is a distinction between figure and ground. Whether the figure be the ruling monarch or the state, the ground is regarded as the constituent power of the political itself, which derives its force from an inaugural act of symbolization. Although mostly identified with the force of divine sanction or social contract, the same constituent power of symbolization is also at work in art and literature. In the context of feudal relations or the absolutist state, the symbolic force of art is normally ancillary to political power, all too often serving as its cultural legitimation. Modern Russian literature arose as an Enlightenment initiative, actively promoted by the absolutist state. For this reason, Russian eighteenth-century texts devoted to the Caucasus reflected the Enlightenment’s stated goals of cataloguing natural and human diversity, celebrating the civilizing mission, and advocating self-discipline as a means of mitigating the effects of arbitrary power. At the same time, in colliding with the refractory realities of newly incorporated peoples and territories, these texts also dramatize the need for alternative modes of symbolization. In anthropological terms, they express sovereignty in the mode of reciprocal if asymmetrical exchange – in the form of gifts, tribute, or sacrifice – rather than as the coercive imposition of external authority. This paper examines a series of literary texts penned by Russians, Georgians and Armenians: closely associated with Enlightenment literary forms, they also shed light on the Caucasus in a moment of transition.

Harsha Ram is Associate Professor in the Department of Slavic Languages and Literatures and the Department of Comparative Literature at the University of California, Berkeley. His first book, The Imperial Sublime (2003) addressed the relationship between poetic genre, aesthetic theory, territorial space and political power in eighteenth- and early nineteenth-century Russian literature. His recent publications chiefly concern Russian-Georgian, Russian-French and Russian-Italian literary relations in the context of theories of world literature, the nineteenth-century public sphere and comparative modernisms. His forthcoming book, The Geopoetics of Sovereignty. Enlightenment, Romanticism and the Russian-Georgian Encounter, seeks to provide a historical account of cultural relations between Georgian and Russian writers and intellectuals over the course of the eighteenth- and early nineteenth centuries, focusing on how the Caucasus region was mapped geopolitically as a contested territory and geopoetically as a space of natural and ethnolinguistic diversity.