Soviet Involvement in the Creation of the State of Israel: The Secret Diaries of Ivan Maisky, Stalin’s Wartime Ambassador in London 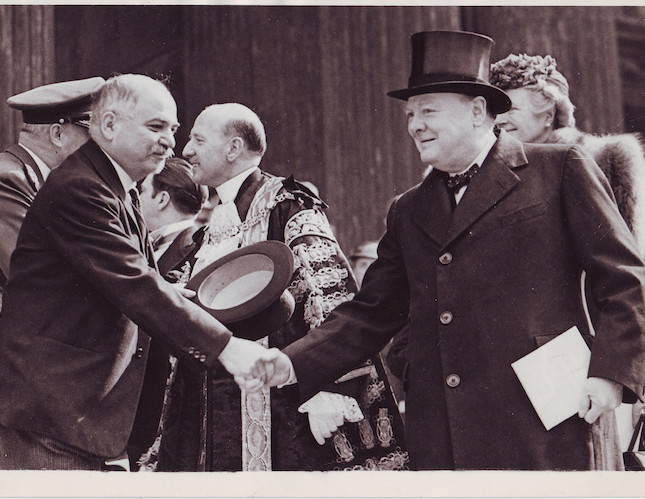 Please join us on Thursday, February 25, 2016, for a talk with Gabriel Gorodetsky from All Souls College, Oxford, who will speak on “Soviet Involvement in the Creation of the State of Israel: The Secret Diaries of Ivan Maisky, Stalin’s Wartime Ambassador in London.”

The terror and purges of Stalin’s Russia in the 1930s discouraged Soviet officials from leaving documentary records, let alone keeping personal diaries. A remarkable exception is the unique diary assiduously kept by Ivan Maisky, the Soviet ambassador to London between 1932 and 1943. Professor Gorodetsky will discuss the rare diary of Maisky, showing how he succeeded in walking a tightrope between maintaining his integrity as a professional diplomat and surviving the vagaries of Stalin’s regime.

Gorodetsky is a Quondam Fellow of All Souls College, Oxford, and emeritus professor of history at Tel Aviv University. In 2010 he received an Honorary Doctorate from the Russian State University for the Humanities. He founded and became the director of the Cummings Center for Russian Studies at Tel Aviv University. Prof Gorodetsky has been a visiting fellow of St. Antony’s College, Oxford, the Wilson Center, Washington, D.C., the Rockefeller Bellagio Research Center and the Institute for Advanced Study, Princeton. He has published widely on Soviet foreign policy in the interwar period and the Second World War. Among his leading publications are The Precarious Truce: Anglo-Soviet Relations, 1924-1927, Stafford Cripps’ Mission to Moscow, 1940-1942, Mif ledolkola published in Moscow in 1995, and Grand Delusion: Stalin and the German Invasion of Russia, published also in French, German, Russian and Hebrew.