CANCELLED: The Bolsheviks and Postcolonial Sovereignty: Turkey and the Soviet Union at the Lausanne Conference (with Sam Hirst, Bilkent University) 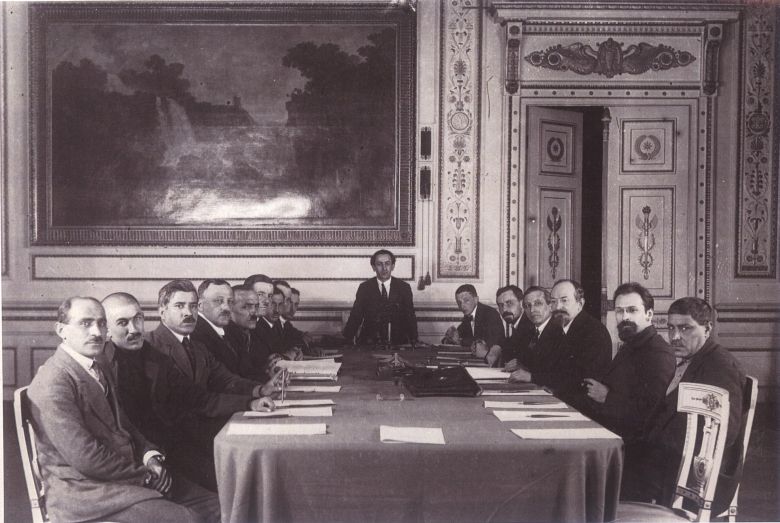 Sovereignty – so central to the process of Decolonization across much of the Global South – was not a common term in the early language of Marxism-Leninism. The Bolsheviks pursued decolonization at home and developed national institutions for many of the non-Russian peoples of the former Russian Empire after 1917, but socialist federation subsumed minority sovereignties. Moscow’s approach to the world abroad was similar – even as the Soviet capital became a center of global anti-imperialism, it was as the leader of an international network of anti-imperialist movements rather that one among many independent states. Thus, when the Turkish national forces emerged victorious from their own struggle against Western imperialism and came to negotiate independence at Lausanne, the Bolsheviks faced unfamiliar demands from Turkish delegates for postcolonial sovereignty. To Moscow, the Turks seemed frustratingly individualist and pedantic about matters of law. In this talk, Professor Sam Hirst explores Soviet-Turkish interactions during the Lausanne Conference and places them in the context of a longer narrative of non-Western states’ challenges to imperial legal regimes. The Bolsheviks, despite their ardent proclamations of anti-imperialism, were newcomers to that story, a fact which their early engagement with Turkish nationalists makes clear.

Sam Hirst teaches in Ankara at Bilkent University’s Department of International Relations. His research focuses on Russia, Turkey, and transnational history – in particular, Russia’s and Turkey’s shared legacies of imperial power and their opposition to Western imperialism. Before moving to Bilkent in 2017, he worked at the European University at St. Petersburg, where he served for two years as chair of the history department. He is currently finishing a manuscript on Soviet-Turkish exchange in the interwar period.

James Ryan, the discussant for this event, is the Associate Director of the Hagop Kevorkian Center for Near Eastern Studies. He is a historian of the Ottoman Empire and Turkish Republic, currently working on a book manuscript on opposition movements in Turkey tentatively titled, “The Other Republic: Opponents of Kemalism Under Turkey’s One-party State, 1919-1950”. He has a Ph.D. in History from the University of Pennsylvania and his work has appeared in peer reviewed journals, including The Journal of Urban History and Mobility in History, and in public outlets such as Public Books, Al Jazeera America, and the Ottoman History Podcast.

This event is co-sponsored by the Hagop Kevorkian Center for Near Eastern Studies.