The Mediterranean as Movement: Greeks and Russians 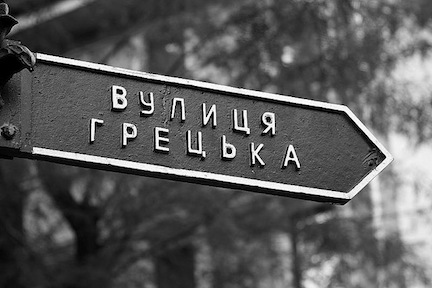 Co-sponsored by the Jordan Center for the Advanced Study of Russia, NYU Global Research Initiatives, the Center for European and Mediterranean Studies, and the Hellenic Studies Program.  This session of the Diasporas Project considers the interaction of religion, ethnicity, language, and commerce in the Eastern Mediterranean and the Russian Empire. This is an ongoing mix that is felt in international relations in the Balkans and in banking crises in Cyrpus, to mention the obvious cases. At the time it was an explosive mix that produced Greek independence but also a lasting tension between a shared religious community (Orthodoxy) and a narrower notion of nationality that ultimately produced a rupture in Greek-Russian relations. The session brings together renowned scholars from Europe and the US and introduces some pathbreaking research by scholars who are new to the profession.

The Diasporas Project is a series organized by the Jordan Center for the Advanced Study of Russia in spring 2013. It is part of the Center’s inaugural year and we are grateful to the many units around NYU that have been offering help and guidance.  The overarching purpose of the project is twofold: to consider the shared characteristics and shared assumptions that underpin the idea of a diaspora, and in the process erode our parochialisms; and to better grasp what is at stake and what is assumed when we cast movement as a diaspora rather than say an emigration, a migration, sex trafficking, slavery, or a flow of refugees. The project in no way aims to settle these questions one way or another; rather it aims to address them intelligently and forthrightly, as a guide to students and colleagues.

The Mediterranean as Movement: Greeks and Russians in a Contested Space

Gelina Harlaftis, Ionian University
“Linking the Eastern Mediterranean and the Black Sea to the West:  the development of Greek sea-transport systems in the 18th and 19th centuries.”

Nikolaos A. Chrissidis, Southern Connecticut State University
“The Business of Pilgrimage from the Russian Empire to the Holy Land in the Late Nineteenth Century.”

Vasilis William Molos, NYU
“A ‘Russian Swagger’ in the Mediterranean: The Orlov Brothers’ Efforts to Foment Revolution in Ottoman Europe.”