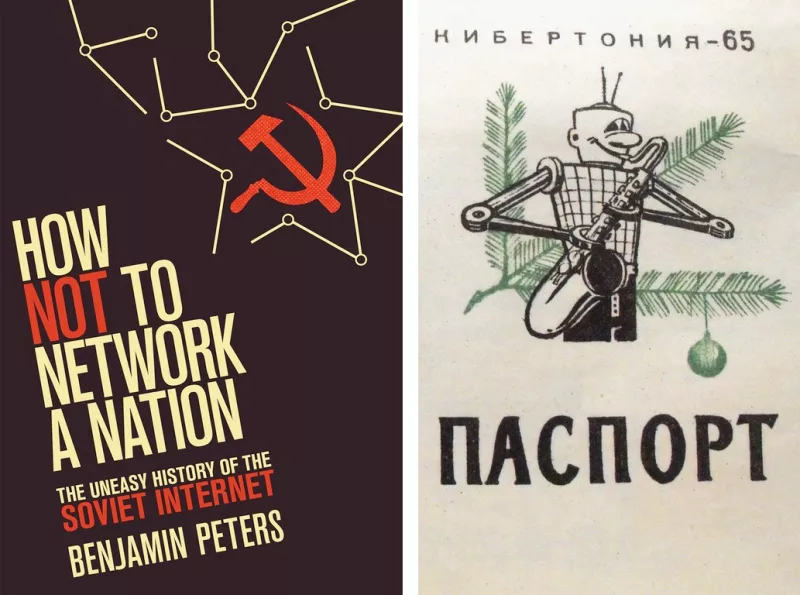 Please join us on Friday, April 12th for “The Soviet Internet: Beyond the Book”, a talk with Benjamin Peters, University of Tulsa . This event is part of the Occasional Series, co-sponsored by the NYU Jordan Center for the Advanced Study of Russia and Steinhardt| Media, Culture, and Communication.

Between 1959 and 1989, Soviet officials and scientists made numerous attempts to network their nation–to construct a nationwide computer network. None of these attempts succeeded, and the enterprise had been abandoned by the time the Soviet Union fell apart. Meanwhile, ARPANET, the American precursor to the Internet, went online in 1969. Why did the Soviet network, with top-level scientists and patriotic incentives, fail while the American network succeeded? In this talk, Benjamin Peters reverses the usual cold war dualities and argues that the American ARPANET took shape thanks to well-managed state subsidies and collaborative research environments, and the Soviet network projects strumbled because of unregulated competition among self-interested in institutions, bureaucrats, and others. The capitalists behaved like socialists while the socialists behaved like capitalists. Building on this uneasy cold war reversal and larger reflections on the uneven media concentration of power, Peters tells the untold tale of the Soviet internet, spiced with snapshots into a Soviet counterculture led by a saxophone-playing Soviet robot, with the aim of helping critically rethink the state of the internet we have today.

Benjamin Peters is the author of How Not to Network a Nation: the Uneasy History of the Soviet Internet (MIT Press, 2016; Vucinich Prize; Computer History Museum Prize; PROSE nominee) and editor of Digital Keywords: A Vocabulary for Information Society & Culture (Princeton UP, 2016). He is currently working on the stupid history of smart tech in the global North. He is an associate professor of Media Studies at the University of Tulsa as well as associated faculty at the Information Society Project at Yale Law School. More at benjaminpeters.org and tweet @bjpeters.

Co-Sponsors: Jordan Center for the Advanced Study of Russia and Steinhardt| Media, Culture and Communication