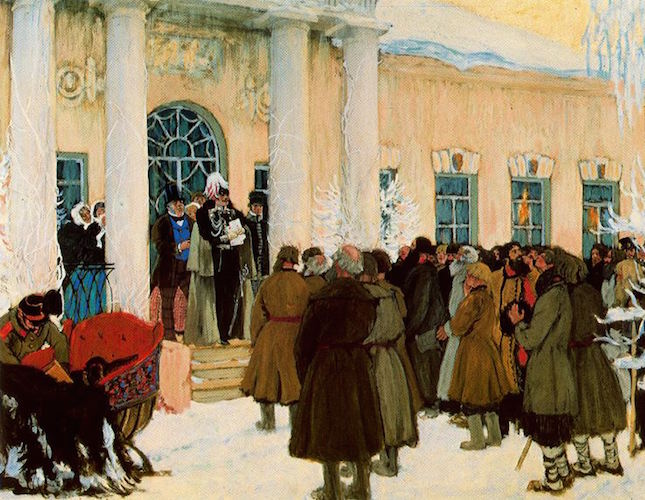 On May 6, 2016, please join us for a lecture by Evgeny Finkel from George Washington University, who will speak on “Tocqueville Warning: Reform and Rebellion in Imperial Russia.”

Reform may be necessary for autocratic regimes to avoid revolution, yet, as Alexis de Tocqueville observed in The Old Regime and the French Revolution, reform in weak states can provoke the very unrest it is meant to prevent. In this discussion, Finkel will explore this paradox in the context of two major sets of reforms in Imperial Russia: The Great Reforms of Alexander II, mainly the emancipation of the serfs, and the institutional reforms that followed the 1905 Revolution. Whereas the emancipation of serf peasants led to increased unrest, the 1905 reforms helped to decrease the violence. The difference, Finkel will argue, is best explained by the Russian government’s decision to adopt a centralized reform in 1905 versus the decentralized, locally implemented reform that went into effect in 1861.

Finkel is Assistant Professor of Political Science and International Affairs at George Washington University. He was born in the USSR (current-day Ukraine) and grew up in Israel. His research interests include political violence, genocide, East European and Israeli politics. He received a PhD in political science from the University of Wisconsin-Madison; his dissertation won the American Political Science Association Gabriel A. Almond Award for the best dissertation in comparative politics. He has published articles in the American Political Science Review, Comparative Political Studies, Comparative Politics, East European Politics and Societies, and several other journals. His current research analyzes the impact of institutional reforms on social stability by focusing on the emancipation of serf peasants in the Russian Empire.