The Use of History in Shaping Identity: Russia under Putin 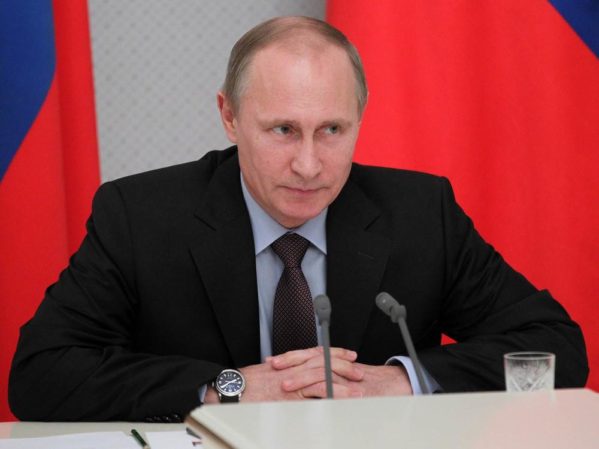 On Friday, April 28th please join us for a panel event entitled “The Use of History in Shaping Identity: Russia under Putin”. This panel will feature Cecilie Felicia Stockholm Banke and Flemming Splidsboel Hansen from the Danish Institute for International Studies and will be moderated by Jordan Center Director, Joshua A. Tucker.

The enlargement of the EU and NATO did not diminish the role that the past plays in Russia’s foreign relations. On the contrary. History — in particular the history of the Second World War — has frequently been used as a point of reference in EU-Russia relations. A recent example of this can be seen in the widespread use of historical references by both Russia and the EU in the crisis in Ukraine. In this presentation, I shall describe how history was instrumentalized during the Ukraine crisis, and how Russia turned the memory of the Second World War into a useful tool in its campaign against Europe.

Banke is Senior Researcher in Foreign Policy at the Danish Institute for International Studies, working with European affairs. Before Head of Research Unit in Holocaust and Genocide Studies at DIIS and Associate Professor in European History at Roskilde University. Banke was Visiting Research Fellow at the Remarque Institute 2007, Visiting Professor and Fullbright-Scholar-in-Residence at Clark University 2009
Webprofile: https://www.diis.dk/en/experts/cecilie-felicia-stokholm-banke

Employing the notion of ‘ontological security’, this study situates ‘the West’ within the contemporary Russian identity debate. It argues that opposition to an allegedly hostile West has cemented a collective Russian understanding of ‘Russianness’ which emphasises so-called traditional values and norms, all of which are said to be under pressure from the West. This process, so the article, is fuelled partly by endogenous preferences found within the Russian electorate, partly by political engineering and manipulation. The outcome is a more conflictual relationship between Russia and the West but also greater ontological security on part of the Russian population.

Hansen is Senior Researcher, PhD, Head of Research Unit in International Security at the Danish Institute for International Studies. Flemming was previously Associate Professor at the University of Copenhagen, Head of the politico-military department of the OSCE in Tajikistan, Research Director at the Royal Danish Defence College and Assistant Professor at the Central European University in Budapest.
Webprofile: https://www.diis.dk/en/experts/flemming-splidsboel-hansen