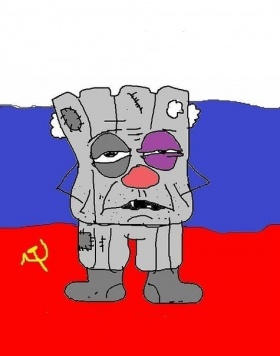 Lecture Seven – Attack of the Putin-Loving SpongeBob Clones: Vatnik on the Russian Internet

Created as a caricature of ultra-patriotic Russian nationalist couch potatoes, the Vatnik meme depict an angry, drunken quilted jacket who shouts slogans about traditional values.  Follow his life and times in this upcoming installment.