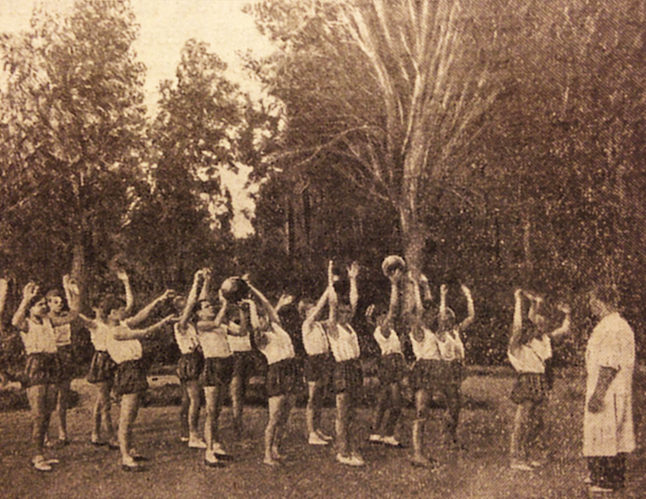 The Jordan Center’s Colloquium Series serves to introduce the most recent work of scholars within the Slavic field. Participants come from universities across the country and abroad, and work in disciplines ranging from history, political science and anthropology to literature and film. The colloquium discussion is based on a working paper which will be circulated prior to the event. On April 6th, 2017, please join us for the next installment of our Spring 2017 Colloquium Series with Maria Cristina Galmarini-Kabala from James Madison University on “The Violence that Makes Children ‘Psychically Sick’: Wars, Medical Diagnoses and Everyday Life in a Soviet Psychiatric Institution.”

In this presentation of her paper, Galmarini-Kabala will analyze the interactions of medical experts, minor patients and parents in the Child Psycho-Neurological School-Sanatorium that operated in Perm between 1926 and 1929. Through a micro-history of this child psychiatric institution, she will explore violence both as a structural cause of child abnormality and as a force shaping the processes of medicalization and normalization. She will draw on a rich body of literature in the social history of medicine which has criticized medical diagnoses for reducing human suffering to fixed pathological categories and grounding rights to care in claims of victimization. At the same time, she will juxtapose the violence of medicalization and institutionalization to competing criminalizing models to child abnormality. While both the Soviet prison and the psychiatric ward were sites of disciplinary power (violence as a tool of control), historical actors’ interactions in this institution and their negotiations over the meaning of children’s psychic “defects” reveal that violence in the asylum should be located along a continuum of relations between harm and cure, threat and care.

Maria Cristina Galmarini-Kabala is an Assistant Professor in the History Department at James Madison University (USA), where she also coordinates the Minor in Russian Studies. She is the author of scholarly articles published in the journals The Russian Review, European History Quarterly, Historical Research and Perspectives on Europe. Her book The Right to Be Helped: Deviance, Entitlement, and the Soviet Moral Order (Northern Illinois University Press, 2016) is a study of entitlements to social assistance among people with disabilities and other marginalized social groups in the Soviet Union between 1917 and 1950.