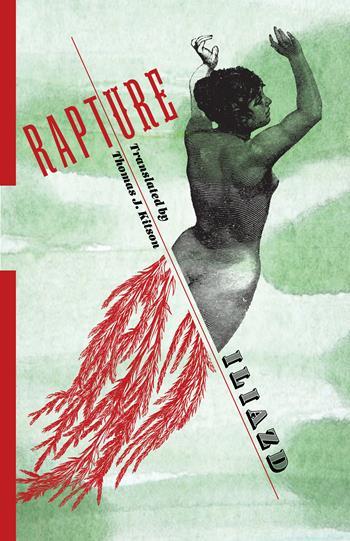 On May 4th, 2017 please join us for “What’s Old is New: Gender and Power in Iliazd’s Neglected Rapture”.The event is part of the Occasional series, hosted by the Jordan Center for the Advanced Study of Russia and co-sponsored by PEN World Voices, Columbia University Press, and Read Russia.

Iliazd’s novel about a bandit and his lover offended both Russia’s revolutionaries and their opponents in the 1920s. Why read it now? With translator Thomas Kitson and Russian literature scholar Jennifer Wilson (University of Pennsylvania).

Rapture, a roman à clef about the Russian avant-garde, offended and bewildered both Soviet and emigré readers and has never before been available in English. Among its many themes: the creative potential of violence, the limits of language, and free will in the face of historical determinism, Rapture also complicates and critiques the role of the female muse in male-authored works of literature. In keeping with the PEN World Voices Festival theme of “Gender and Power,” the novel’s English-language translator, Thomas J. Kitson, will discuss with Russian literature scholar Jennifer Wilson how Rapture undoes much of the mythologies around femininity and inspiration that have historically defined the Russian literary tradition.