Xenia Cherkaev – Gleaning for the Common Good: Personal Property, Mutual Aid and the Fate of the Soviet Experiment 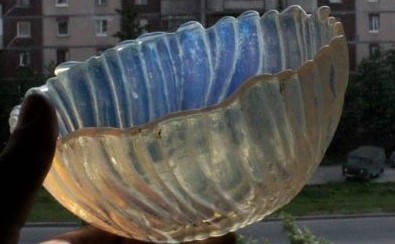 Please join us on Monday, April 15th for a workshop by Xenia Cherkaev of MIT. This event is part of the Colloquium series and is sponsored by the Jordan Center for the Advanced Study of Russia.

From Xenia: “Gleaning for the Common Good is a historical ethnography of the idiosyncratic Soviet property regime – of “socialist” and “personal” property – that was legislated to dissolve the conflict between public policy and private interest, and to thereby, in the communist future, make law itself “wither away” as unnecessary. As an anthropologist, I am particularly interested in how this regime of non-private ownership extended to explicitly immaterial ethical spheres. In 2010-11, I carried out long-term fieldwork in St. Petersburg and its nearby factory towns. There, when I asked former workers and engineers about the things they had managed to pilfer home from work, I was typically told stories in which the Soviet era was characterized by relations of solidarity and friendly help. And when I turned to historical documents, I found that such associations were more than just nostalgia: they closely repeated a civic ethic of “comradely mutual aid,” prescribed by the 1964 Civil Codex and widely heralded by late-Soviet media documents, pedagogical texts and Party proclamations. Tracing this juridical history of “personal” ethics and property, Gleaning for the Common Good explores why the Soviet Union collapsed as it did, when it did. It shows that Gorbachev’s perestroika reforms unwittingly unfurled the tension upon which these socialist property relations relied. Mandating enterprises to individually manage their sales for the benefit of their own labor collectives, these reforms placed the interests of such amorphous collectives at odds with the good of the socialist household economy in toto: inadvertently destroying the economy they had planned to “speed up” and, in a twist of tragic irony, making the USSR “wither away”.”

Xenia Cherkaev is a lecturer in Anthropology at MIT. She is interested in how moral obligations intersect with, and are codified in, property law. Recent publications include “Self-made Boats and Social Self-management: The Late-Soviet Ethics of Mutual Aid” (Cahiers du Monde russe 59:2 2018); “Interspecies Affection and Military Aims: Was There a Totalitarian Dog?” (Environmental Humanities 10:1 2018); “Personal Dignity as Personal Property: Metamorphosis of Russian Laws Concerning Defamation” (NLO, 3/2018, in Russian). She is also particularly interested in told stories, tall tales and spun yarns. Two of her ethnographically-based essays (about a stolen penguin (2016) and a local saint (2018)) have been recognized by the Society for Humanistic Anthropology as award-winning pieces of creative non-fiction.