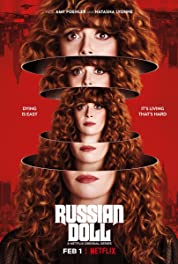 Describing the final chapter is an exercise in speculative time travel.  When I wrote my dissertation and my first two books, I followed the excellent advice given to me by so many senior colleagues: write your introduction last.  I still give this advice myself. After all, why bother introducing something until you know exactly what it is you’re introducing?  But then I started blogging the first drafts of my books, which forced me into a rigid linear order.  So now, for the fourth time, I’m making up the introduction as I’m going along.

My initial plan was to write a final chapter on a kind of temporal disorder that rejects both future and past: an eternal, iterative present that is incapable of progressing forward or retreating backwards.  The popularity of the 1993 American comedy Groundhog’s Day made such a time loop more broadly thinkable, moving it beyond the narrow confines of the science fiction genre. [1]. This chapter would also treat related tropes  such as the inability to completely die (Petrushevskaya’s “Fountain House,” Starobinets’ “Yasha’s Eternity”) and stories of amnesia (Kurkov’s The Gardener of Ochkarovo, Slapvosky’s Phoenix Syndrome, and numerous action films).

Now, however, I’m not so sure.  I may take what would for me be the easy way out, and write about dystopias and post-apocalyptic scenarios.  There’s also the growing possibility that what I think of as Chapter Two and Three are going to grow so large that I won’t need this as yet entirely notional Chapter Five.  Part of me feels a little sheepish about this level of indeterminacy, but then I remind myself that there may be some value in showing my imaginary audience of younger scholars how to be comfortable going with the flow.

If this is all too vague and self-indulgent, don’t worry: in the next entry, I wrap up the Introduction, which means no more updates to this project on the Jordan Center’s All the Russias blog.  Anyone who continues to follow me on my own site does so at their own risk.

[1] During the same year as the premiere of Groundhog’s Day, Richard Lupoff’s 1973 time loop short story “12:01” was adapted as a television film. Among the many examples of time loops on television since then are episodes of The X-Files, The Mindy Project, Charmed, The Angry Beavers, Legends of Tomorrow,  and Star-Trek Discovery. Hiroshi Sakurazaka’s immensely popular manga All You Need Is Kill (2004) was adapted into the time loop film Edge of Tomorrow (2017). Both the 2006 ABC series Daybreak and the 2019 Netflix series Russian Doll use a time loop as their overall premise.