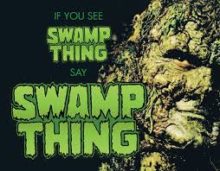 This is the eighth entry of Russia’s Alien Nations: The Secret Identities of Post-Socialism, an ongoing feature on All the Russias.  It can also be found at russiasaliennations.org. You can also find  all the previous entries here.

Only three significant Soviet-era works that I know of break with this paradigm: Alexander Merer’s 1976 Home of the Wanderers and Georgy Martynov’s Callisto, both of which I am currently reading, and Abram Terz’s 1957 short story “Pkhentz.”  Well-translated into English by Clarence Brown, “Pkhentz”is the most prominent Soviet-era story to exploit the metaphor of the alien as a way to defamiliarize the Soviet present.  The metaphor is further literalized by the circumstances of the story’s (non-)publication: straying so far from the strictures of Socialist Realism, “Pkhentz,” along with the rest of the texts eventually collected in Fantastic Tales, could only be published abroad.  Its author disguised his identity through another act of displacement and alienation, adopting the Jewish and folkloric name “Abram Tertz” as a pseudonym to replace his (non-Jewish) Russian legal name, Andrei Sinyavsky. Foreign publication was the “crime” that resulted in Sinyavsky’s trial, imprisonment, and eventual exile. The stranded alien protagonist of “Pkhentz”never managed to leave the USSR; Sinyavsky wasn’t allowed to stay.

“Pkhentz” is narrated in the first person by Andrei Kazimirovich Sushinksy, a reclusive hunchback trying to stay alive and sane in a Moscow communal apartment.  If we accept the narrator as reliable, he is actually an alien who crash-landed in Yakutia and feigns his disability in order to help him pass as human.  But human he is not: he is a cactus-like creature with multiple limbs ending in hands that contain eyes (his “hump” is actually one of his arms protruding from his back). Andrei Kazimirovich despairs of ever being able to communicate precisely how alien he is.  He imagines himself explaining to the Soviet authorities:

You can see for yourselves-I’m a creature from another world. Not from Africa or India, not even from Mars or one of your Venuses, but from somewhere still more remote and inaccessible. You don’t even have names for such places, and if you spread out all the star maps and charts in existence before me, I honestly couldn’t show you where that splendid point of light, my birthplace, has got to. (497)

A plant-based organism, Andrei Kazimirovich has no need of human food, but is completely dependent on water.  This brings him into conflict with his fellow communal apartment dwellers, who resent the “excessive” time he spends in the shower.  As a result of his constant dehydration and the obligation to contort his body into a humanoid form, he is slowly crippling himself (an eye on one of his “feet” has already gone blind from constantly being stepped on). Satirizing the miseries of an atypical individual under the intrusive conditions of Soviet collective life,  Sinyavsky exploits the alien metaphor to the fullest by making his narrator an exotic plant that can barely survive in the harsh Moscow winter and the harsher Soviet communal apartment.

It is easy to see Andrei Kazimirovich’s plight as that of the Soviet intellectual, but, as Anasstasia Kayiatos argues, the story begs for a queer reading.  The disguised/closeted Andrei Kazimirovich is obsessed with Leopold, a fellow hunchback he meets at the laundry, going as far as making vague hints about his own true nature to see if this other hunchback is “like him.” When confronted by the naked body of the woman who has been desperately trying to seduce him, he gets his first glimpse of female genitalia:

I caught a glimpse of something resembling human features. Only it didn’t look female to me, but more like an old man’s face, unshaven and baring its teeth.

A hungry, angry man dwelt there between her legs. He probably snored at night, and relieved his boredom with foul language. (490)

Tertz’s is a Freudian kind of queer; after all, Andrei Kazimirovich’s most horrible neighbor is a shrewish women named “Kostritskaya”—with the “o” in her named pronounced, according to the rules of a Russian, as an “a”, her name all but screams “castration.”

The queer reading does not negate the “intellectual” interpretation, nor does it even require that we not believe that Andrei Kazimirovich is an alien.  The power of the alien as metaphor lies in its polyvalence; just as Marvel Comics’ mutant X-Men can stand in for any oppressed group one has in mind (Jews in the 1960s, gays in the 1980s), so too does the alien from outer space accrue multiple meanings through multiple readings.

Ultimately, “Pkhentz” is about the narrator’s double-bind.  Unable to survive in this unforgiving habitat, he also finds himself assimilating against his will.  Toward the end of the story, he laments the limitations of human language to describe the situation in which he finds himself:

How could they understand me, when I myself am quite unable to express my inhuman nature in their language. I beat about the bush and try to make some headway with metaphors, but when it comes to the point I can find nothing to say. I can only see a short, solid GOGRY, hear a rapid VZGLYAGU, and an indescribably beautiful PKHENTZ beams down upon my trunk. Fewer and fewer such words remain in my memory. I can convey their structure only approximately in human speech. If I were surrounded by linguists asking “what do you call this” I could only shrug my shoulders and say: GOGRY TUZHEROSKIP. (499-500)

By the end, dying of dehydration and ill-treatment, Andrei Kazimirovich once again abandons Russian, but with mixed results:

Now his “alien” language is interspersed with French, German, baby-talk, and cat sounds.  In “Pkhentz” (a story whose alien title is never given an exact meaning in Russian), an alien perspective is both revelatory and self-destructive, in that it is unable to either maintain itself when immersed in the new (Soviet) environment or go fully native.  The end of the story is either the narrator’s complete descent into madness (if we believe his talk of being from outer space to have been a delusion from the start) or a depressing commentary on the impossibility of adaptation without self-annihilation.

“Pkhentz” is a brilliant story for its earthbound readers, but it would serve as a terrible advertising brochure for drumming up Soviet tourism among interplanetary visitors.  Counterfactually, one can imagine “Pkhentz” as the cautionary tale that kept aliens away from earth for the rest of the Soviet period.

Next: UFOs after the USSR