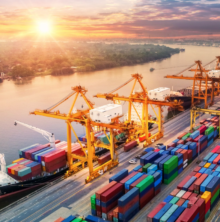 Zachary Johnson is a graduate student at the University of Texas at Austin, Center For Russian Eastern European Eurasian Studies.

In the period between the dissolution of the Soviet Union and the inauguration of Vladimir Putin in May of 2000, the Russian Federation was rife with internal and external struggles. A disastrous transition to capitalism hallmarked by failed privatization programs and hyperinflation, coupled with successive wars in the Caucuses, produced deep traumas in the fledgling post-Soviet nation. In some respects, however, the early 2000s proved to be a kind of “Morning in Russia.” A combination of factors, among them the rising global price of oil and policies aimed at reducing foreign debt, brought a modicum of economic stability. Yet decades later, and with President Putin now at the mid-point of his fourth term in office, Russia faces new and perceived challenges and vulnerabilities, some of which seem to threaten its very stability as a state.

Russia watchers today generally discuss two critical vulnerabilities: the paradox of the “shrinking space” and putatively catastrophic demographic decline. The “shrinking space” problem refers to the mismatch between Russia’s size and its population distribution. Though the country itself may be enormous and possessed of seemingly limitless borders — which have continued to expand even after the end of the Soviet project through events like the 2014 annexation of Crimea — its populated spaces are contracting. In contrast to other areas of Russian state anxiety, I argue that concern over “shrinking space” is well founded and should be of utmost concern to Russian leadership.

The “shrinking space” conundrum presents problems for the Russian state because rapidly shifting populations (East to West, rural to urban) pose a strategic vulnerability. For example, the vast Far Eastern Federal District covers 36 percent of the territory of the Russian Federation and has lost an astounding 22 percent of its population since 1990. Today, this locus of depopulation presents a serious twofold strategic problem for Russian policy makers. First, as Russia’s relations with its Western neighbors deteriorate, Russia will likely continue to build on its “pivot to the East.” Russia is increasingly dependent on the Chinese market, which takes in almost 13% of all Russian exports, and is also developing relationships with other markets in the Pacific Rim.

An undeveloped Far Eastern region is a serious liability in terms of maximizing economic output eastward, a necessity for compensating for trade shortfalls in the West and helping project Russian power in the region. Without the requisite manpower for infrastructural and service roles in the public and private sectors, the Far Eastern Region is of little help to Russian policymakers pursuing economic and, in turn, strategic goals in the region.

Second, because the Russian Far East lacks an internal market, China continues to import Russian goods fuels and agriculture at prices friendly to Chinese buyers and industry. Thus, the juggernaut of Chinese industry uses the region as a kind of economic colony that feeds and fuels its booming population just over the border. Such disparities in the region, coupled with China’s historical claims to many of these borderlands, are sure to stoke fears among Russian nationalists of an economic “silk-glove” takeover that would extinguish Russia’s aspirations to “Great Power” status in Asia Pacific.

In addition to the “paradox of shrinking space,” much has been made of Russia’s changing demographic situation — specifically, its declining ethnic Russian birth rates. Unlike the “shrinking space” issue, which does present serious challenges, I believe the dangers of plunging ethnic Russian population to be overblown. Declining birth rates are common across Western Europe, driven by a variety of factors beyond the scope of this paper but hardly unique to the Russian State, which is better positioned to deal with such trends than some of its neighbors. Russia has plenty of “ethnic runway,” so to speak, before any such declines become a serious concern. Even in the midst of a decline in birthrate, ethnic Russians still number over 110 million — nearly thirty million more than the population of the next largest state in Europe, Germany, which has a total combined ethnic population of 83 million. In light of these facts, I would urge pundits and analysts of Russia to avoid hyperbolic claims of “demographic collapse.”

Though today’s Russia faces several geopolitical problems, each must be analyzed without resorting to hyperbole. Empirical analysis aside, perceived threats like the “demographic crisis” still have qualitative value for the Russia observer. Clearly, regardless of their relationship to reality, such fears are useful for those of Putin’s policy planks that rely on the specter of Russian civilization besieged. Fears of declining birthrates among ethnic Russians are excellent fodder for state propaganda, slotting in nicely between other “threats” to traditional Russian life like Western cosmopolitanism, liberalism, and LGBTQ activism. Even if, purely quantitatively, Volkstod is a distant prospect, fears of ethnic disappearance have proven their utility to President Putin, who may continue to funnel misplaced anxiety into justification into increasingly aggressive policy at home and abroad.