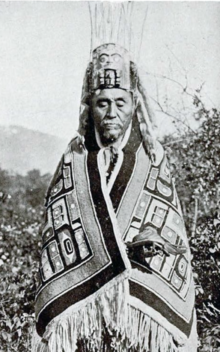 Nikita Allgire a PhD candidate in Slavic Languages and Literatures at the University of Southern California, where he is writing a dissertation on the influence of psychoanalysis on early Soviet culture.

Do proper names mean anything? It depends on whom you ask.

When Jean-François Champollion discovered that the names of Egyptian pharaohs, set apart within a cartouche, were phonetically transliterated between the ancient alphabets on the Rosetta Stone, he had acquired the key to deciphering Egyptian hieroglyphics. The ancient Greeks — to whom the Egyptians were themselves “ancient” — held proper names in special regard. The name was a quasi-mystical extension of the person, endowing him or her with a specific fate. Plato’s Cratylus is the first systematic look at the question of whether proper names are inherently meaningful (Cratylus’s position) or simple products of convention (the position of Hermogenes).

In the Russian context, the philosopher Vladimir Soloviev (1853-1900), for one, had a habit of naming each object he owned. According to émigré theologian Vladimir Lossky (1903-1958), Soloviev’s satchel was named “Grigory” and his pencil “Andrey.”

Nicholas II had a battleship fire water canons at Orthodox monks living on Mount Athos in northeastern Greece. The reason: they promulgated the heresy that “Imia bozhie est’ sam Bog,” that is, the true name of God was God, and if you pronounced this name aloud, as when you repeated it during meditative prayer, you were quite literally manifesting the Spirit before you.

In the officially atheist Soviet Union, Solzhenitsyn described how he was stripped of his proper name in the GULag and given a number, Щ-202. In his thaw-era defining novel, One Day in the Life of Ivan Denisovich (1962), the titular protagonist also goes by the name Щ-854, which Solzhenitsyn’s original manuscript carried as its title.

Like Solzhenitsyn’s later text, Evgeny Zamiatin’s dystopian novel We (1920-1) plays with a similar depersonalizing effect, suggesting that within highly bureaucratic systems, the connotation of proper names decays to pure denotation. In other words, at the extreme limit of the proper name is the number. For the hard-nosed linguist, or for an analytic philosopher like Bertrand Russell, names are “rigid designators,” approximating something like number in their simple function of denotation. And yet, to Zamiatin’s D-503, the emotional associations of names cannot be stopped: the physiology of O-90—her plump wrists—seem somehow to spill over her cuff and resemble the roundness inherent in her name.

Proper names in literature may add as much meaning to the text’s aesthetic effect as more obvious elements like plot, structure, theme, and other literary devices, and are usually integrated with these elements to achieve the aesthetic effect. Chekhov’s idea of “significant” or “speaking names [govoriashchie imena/familii]” explains how a name and the associations it produces can motivate narrative. Lydia Ginzburg described this quality of textual meaning-making as a tendency of “archaic forms of literature, of folklore, and of popular comedy,” where names function as labels for character types. At the same time, “motivating” names persist even within literary realism, perhaps because “reality” itself is shaped by proper names’ aesthetic effects.

Some researchers in experimental psychology have attempted to explain the “name-letter effect,” or what is less generously called “implicit egotism,” in which small, but statistically significant deviations have been recorded in tests dealing with proper names. For example, people will generally gravitate toward letters found in their own names in random letter-selection tests. It is documented that some people’s choice of occupation seems to be informed (or “motivated”) by the letters of their proper name, creating a disproportionate population of dentists with the name Dennis and lawyers with the name Lawrence. This is an absurd, but real phenomenon, and can seem stranger than fiction—something perhaps intuited by the cultures of the past.

Slavic folk belief is of course well-known to have many superstitions around proper names. According to Svetlana Tolstaia, prior to acquiring a name, a child was regarded as an animal, and only upon receiving a proper name could he or she be registered in the social sphere, or kosmos, as human. While false names were given at birth to ward off evil spirits, the real given name (and all true names must be a gift, received from the other), was not simply a distinguishing label but a physical extension of the person. “[The] name,” Tolstaia writes, “stood in a similar relation to the soul and to such ‘alienable’ and ‘immortal’ parts of the body as the hair or fingernails.”

Frequently, proper names functioned as instruments in rituals of various kinds, invoked to bring health, ward off evil, curse an enemy, etc. For example, in the still-widespread South Slavic tradition of the samozov (lit., ‘calling the self’), a person shouts one’s own name to the first snake that appears in springtime, and for the rest of the season the reptiles keep back as far as the wind carries the name.

In their seminal 1973 essay “Myth, Name, Culture,” Yuri Lotman and Boris Uspensky make a striking claim: modern languages appear to display vestiges of an entirely different linguistic system and mode of thinking, buried beneath them like an ancient ruin.

The world is matter. The world is a horse. […] In spite of the outward formal similarity of the given constructions, a fundamental difference exists between them.

The distinguishing feature is that the second statement lacks the concept of metaphor. No metaphor, for Lotman and Uspensky, means no abstraction. The scholars call this form of thought mythological, noting that within it, all words behave like proper names. Objects are “called forth” whenever they are named, as for Soloviev and the Imiaslavtsy. The statement “the world is a horse” is a description of a world lacking the concept of logical categories, the world being not metaphorically like a horse, but isomorphically the horse—The Great Horse. The authors deem mythological-type thinking inherent to the origin of culture itself, traces of which are retained in children’s habits of mind and in some usages of proper names. Thus, on the opposite side of “name-as-number,” we have the “name-as-thing” of mythological thinking. I would like to posit that these poles constitute something like the limits of an onomastic spectrum.

These considerations barely scratch the surface of the literary usage of names, where the proper name of a fictional character can be crucial to interpreting a text. Literary Onomastics is the literary study of proper names, and as such it implies a useful hermeneutic tool for the reading of literature.

In this post, I have tried to make the case for what I would like to call, in a Formalist way, the onomastic device. I have sketched out its two poles as a way of arguing that proper names deserve further attention because they provide a very teachable approach to literature. Such an approach is fun because of its short circuits of meaning, economizes time, and can yield quite sophisticated interpretive products across multiple semiotic dimensions.

However, there is a caveat: attempting to find meaning in one’s own proper name may pose the risk of inviting a certain kind of magical thinking, which this humanist wants nothing more than to encourage! There is, after all, something magical in the proper name, something that highlights the difference between having and being. As the Tsimshians of the Pacific Northwest have it, the gods have to agree with the proper name.