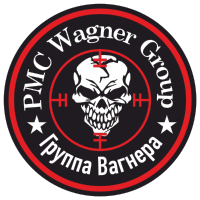 Ben Walsh is from Quincy, Massachusetts and an MA candidate in the Department of Russian & Slavic Studies at NYU.

Above: The logo of the paramilitary Wagner Group.

Part I described Putin as a ruthlessly authoritarian and increasingly reactionary dictator whose state has routinely violated the sovereignty of its neighbors and has so thoroughly bought into its own conspiracy theories that it is unwilling to pursue peace or compromise. Arguably, however, the government in question is not actually fascist, but instead, post-Soviet conservative.

Putin’s worldview owes less to apocalyptic fascisms like Nazism than to his experiences as a young man working in the Soviet intelligence service. At base, he is a conservative whose heart belongs more to the Soviet 1970s than to Imperial Russia. This allegiance has not stopped him from criticizing key events and figures in the Soviet past. He is dispositionally opposed to revolution and radicalism, and has said as much, even as early as his Millennium Address. As recently as February, he falsely claimed that the very idea of Ukrainian national identity was a ploy by Lenin to undermine Russian national solidarity. Moreover, while  Putin himself is certainly a statist, he and his entourage are not running a command economy with Five-Year Plans and production quotas.

In short, Vladimir Putin cannot be properly labeled a Bolshevik. The Soviet experience, however, was not a homogenous one; on the contrary, it was highly varied, with many ideological twists and turns. In practically every decade of its existence, the Soviet Union underwent profound social, political, economic, and even physical changes.

By the late 1960s, with Leonid Brezhnev heading the Communist Party, the Soviet Union was no longer a young revolutionary state calling for global revolution and the ascendancy of non-Russian nationalities. Instead, following the already transformative Stalin-era commitments to great-Russian imperialism and “socialism in one country,” Brezhnev announced that the Soviet Union was a “developed socialist society.”

Economically, the 1960s and 70s marked the height of Soviet prosperity. Thanks to a massive oil boom in Siberia, Soviet citizens enjoyed increased access to consumer goods. The Eastern Bloc was deceptively quiet, with the exception of the Prague Spring of 1968. An expanded Navy allowed Brezhnev to project Soviet postwar power with unprecedented scope and scale. Whereas the U.S. confronted economic headaches and a demoralizing defeat in Vietnam, Soviet-led interventions in the Global South were going comparatively well.

Socially, things had changed as well. The Second World War had become the crown jewel of Soviet history, with special attention given to the Russian population for their heroism. The ethnic Russians, whose status in Soviet discourse had risen rapidly under Stalin, enjoyed a privileged place in the “Soviet family” as its “big brother.” Since the 1930s, Soviet leaders had framed Russian history, culture, and language as the model for all other nationalities, even as some nationalities—particularly the Ukrainians—chafed under state-mandated Russification.

It was precisely during this period that a young Putin began his career in the KGB, which had itself been changing. Rather than eliminating “enemies” with a bullet to the back of the neck in the style of their NKVD predecessors, Andropov’s KGB favored intimidation and forced compromise. Though the era of Stalinist terror was over, as were the associated hunts for “saboteurs,” “enemies of the people,” or “cosmopolitans,”  the late-Soviet KGB confronted dissidents, Jews seeking emigration, and nationalists. At the same time, the status quo seemed to be working—and was supposed to continue working forever.

Yet this apparently stable status quo masked deep problems. The Soviet bureaucracy was sclerotic, while the military was hemorrhaging money and manpower at an alarming rate. The heavy industry that had made the Soviet Union a superpower collapsed, and the rigid command economy could not accommodate a shift away from industry and toward a service- and information-based economy. In an effort to integrate the USSR into the “common home of European nations,” Mikhail Gorbachev and his allies belatedly inaugurated a series of reforms designed to promote economic recovery and government transparency.  The result, of course, was not the rejuvenation, but the collapse of the Soviet Union.

The apparent height of Soviet fortune in the 1970s and the dramatic collapse of that fortune in the subsequent two decades is a crucial part of Putin’s political origin story. While Putin may hold Marxism-Leninism in contempt, the Soviet Union of the 1970s was, in many ways, his ideal state. In the realm of geopolitics, Putin and company envision a superpower—strong, respected, able to project power globally, and guarded by a ring of compliant puppet states on its borders. The biggest change from the Soviet experience is abandoning the old, unworkable command economy in favor of a supervised economy of resource extraction.

Domestically, Putin seeks a forced multi-ethnic consensus in the Soviet mold. His ideal situation is a socially conservative population that, while religiously or ethnically diverse, is uniformly politically passive. Ethnic minorities can express their unique identities in limited ways, as long as they continue to pay fealty to their Russian “big brother.” Ideologically, at least until recently, Putin did not seem to be an exterminationist ethnic Russian nationalist; it is for this reason, combined with the sharp decline in their material living conditions, that the Russian Far Right despises him.

I have had the misfortune of speaking with some Russian skinheads, and they cannot stand Putin…because he is “too tolerant.” In their view, Putin errs by allowing local customs to persist as long as they do not threaten “public order.” Ethnic tensions, racism, and xenophobia are commonplace in today’s Russia, especially with respect to marginalized populations like that of migrant workers. Nonetheless, Putin had not—at least, until the war in Ukraine—made race hatred toward ethnic “others” a centerpiece of his domestic policy.

Race hatred, after all, could threaten public order and the vaunted “stability” of the Putin era. If anything, Putin has outdone his Soviet predecessors when it comes to the political performance of tolerance. In addition to fashioning the Russian Orthodox Church into a de facto wing of his state, Putin has also shown deference to Islamic leaders and, until February 24, 2022, maintained good relations with Russian Jews and the state of Israel. The latter represents a significant departure from Putin’s Soviet-inspired worldview; the Soviet government considered the country’s own Jewish population a nuisance, at best, and the state of Israel a powerful geopolitical enemy.

In terms of disposition and staging, Putin’s regime lacks the aesthetic cohesiveness of historical fascisms. Though he has previously positioned himself as a strongman, the war has not seen him appear in military uniform or with any but the most anodyne symbols of state. Unlike Mussolini or Hitler, he does not promote a cult of personality based on the proliferation of likenesses, nor does he instantaneously punish dissent within the ranks (see Ramzan Kadyrov’s repeated public criticism of Russian military leadership).

Moreover, Putin is not a charismatic outsider, but an integral part of the apparatus of state since his first day at the KGB. By the same token, he did not ride a movement to power, and his Party, United Russia (Единая Россия), is not a parallel government/ paramilitary organization like Mussolini’s Blackshirts or the Nazi Party’s SA and SS divisions. While he has recently become more paranoid and more reclusive—whether due to COVID or his failure to take Ukraine by Blitzkrieg—Putin has spent much of his career cultivating the appearance of “reasonableness.” This illusion, like so many others, was shattered on February 24.

So why call Putin a fascist?

As Putin’s propaganda apparatus has demonstrated, calling one’s enemies “fascists” or “Nazis” can be rhetorically effective. Accordingly, in the early phases of the war, Russian propaganda focused on the project of “denazifying” Ukraine. Not only does Putin consider the independent state of Ukraine a legal fiction cooked up first by Lenin, and later confirmed by Gorbachev and the West, he also sees its modern leadership as the inheritor of Stepan Bandera’s movement, which at times aligned with the Nazi occupying regime.

The question is, what is to be gained by referring to Putin himself as a “fascist”? It is certainly a powerful pejorative that expresses justified anger over the crimes Russia is committing in Ukraine. At the same time, the term fails to encompass the really-existing phenomenon of Putinism—which lacks many of the features of historically fascist predecessors—and so should be deployed with caution, particularly in scholarship.

Stopping at “fascist” also elides the continuity between contemporary and Soviet Russia. Indeed, the Soviet Union had one of the worst human rights records in history. And after all the political murder, famines, mass deportations, and destabilizing military interventions of the Soviet century, the state collapsed in on itself, leaving the post-Soviet world to deal with (sometimes literal) fallout. Perhaps the most complete picture of Putinism, then, is as a hybrid regime: revanchist, conservative, postmodern in its aesthetic and cultural commitments, but neither “fascist” nor “totalitarian” in the historical senses of those terms.