All the Russias is delighted to feature excerpts from Łukasz Stanek’s Architecture in Global Socialism: Eastern Europe, West Africa, and the Middle East in the Cold War, with permission from Princeton University Press. The below segment derives from the book’s epilogue.

Łukasz Stanek is a professor of architectural history at the University of Manchester, UK.

Many of the interviews for this book took place in the homes of its protagonists. Quite often, these were sizable detached houses, located in suburbs of Belgrade, Bucharest, Budapest, Prague, Sofia, Warsaw, and Wrocław. Districts of such individual houses added up to new patterns of urbanization emerging since the 1970s at the peripheries of Eastern European  cities.1 I was told several times by my interviewees that “this house was paid  for by [their] work on export projects.” This suggests that suburbanization in Eastern Europe during the Cold War needs to be understood through the  lens of decolonization and the subsequent cooperation between the developing countries and the Comecon that resulted not only in the remittances sent home, but also in other flows: crude oil bartered for export projects,  expertise and technologies acquired on construction sites abroad, and consumption patterns interiorized when living in foreign countries. This is one of the possible lines of research that could follow from this  book. Initiated as a contribution to the historiography of twentieth-century  architecture, its first step was to reverse the research focus on architectural mobilities from their points of departure in the Global North to their  points of deployment in the Global South. From such a recalibrated perspective, this book challenged capitalist triumphalism that, in the wake  of the Cold War, reduced architecture’s globalization to Westernization or  Americanization, and retroactively extended these narratives into a teleological development path of architecture after World War II. Against the  Cold War propaganda and its afterlives, the preceding chapters showed that West African and Middle Eastern countries were no Soviet “proxies” or “pawns,” and neither was Eastern Europe a homogenous “Soviet bloc.” Rather, the view from the South allowed showing how architectures coproduced by Eastern Europeans, West Africans, and Middle Easterners were  part of complex and uneven negotiations between parties with different and evolving geopolitical ambitions, state-building aims, economic motivation, and cultural agendas.

This vantage point from the South contributes to the current effort of  historians of modernism by showing that modern architecture’s worldwide emergence was a fundamentally antagonistic and heterogeneous process, informed by competing visions of global collaboration in the Cold War. When seen from West Africa and the Middle East, modern architecture appears as always-already on the move, and its history is that of resources circulating at various scales and with various speeds, their capturing and  appropriation. This appropriation included a reactivation of the modern  movement’s “other” traditions, in particular Central European, but also  contributions from countries that have been less studied by architectural historians, such as Bulgaria and Romania. New types of institutions were instrumental in this process, including foreign trade organizations  in Eastern Europe and municipal planners and state contractors in West Africa and the Middle East. The process of revising, challenging, and abandoning modern architecture was equally heterogeneous, and among its  many sources was the encounter between the experience of “real existing  modernism” in Eastern Europe with an equally disappointing experience of  post-oil urbanization in parts of Asia and Africa.

The preceding mapping of architectural collaboration between  Eastern Europeans, West Africans, and Middle Easterners did not start  with a normative definition of what architecture is but rather with a nominalist study of what architects did as architects. Such an ostensibly limited entrance point revealed that the deployment of architectural labor on export contracts was not restricted to design work but included also construction management, supervision, administration, legislation, teaching, and research. The preceding chapters studied these engagements in specific locations: state design institutes and private architectural practices, construction sites, municipalities and ministries, and architectural schools  and research centers. The review of such deployments showed that architectural labor often traveled as part of larger packages: aggregated with  other types of labor, including that of planners, engineers, technicians,  managers, scholars, and workers, and associated with other things. They included Soviet prefabrication systems and machinery, Bulgarian engineering tables and building materials, East German type designs and legislation  schemes, Hungarian planning concepts and research methodologies, Polish conservation methods and drawing techniques, Romanian design guide lines and seismic norms, Czechoslovak teaching curricula, Croatian façade  systems, Slovenian furniture, and Serbian steel. The architects’ job was not  just to bring these things to their destinations but also to manipulate them  in order to adjust their performances to the conditions on site or, by contrast, to maintain their original performance in the new locations.

This book reconceptualized these deployments of architectural labor  as part of urbanization processes. Its protagonists participated in the production of all functional programs, from housing to infrastructure, and on  all scales, from buildings to landscapes. They assisted local professionals  in setting up construction-materials industries, in modernizing traditional  building technologies, and in implementing mechanized construction  procedures. They contributed to the formulation and promulgation of professional guidelines, building codes, architectural standards, urban norms, and territorial regulations, including principles of land use, transportation,  land tenure, and governance. Their drawings and models, even when left  unrealized, provided impulses to envisage new urban futures in the territories where they worked. They contributed to the formation of professional,  research, and educational institutions in architecture and planning, thus  preparing the ground for local production of knowledge and pedagogy. By thinking Accra through Tashkent and Baghdad through Warsaw, they  diversified the conceptual references of urbanization, while specialized  research institutes in Weimar, Szczecin, Gdańsk, Prague, Budapest, and  Moscow began to provincialize Western imperial capitals as centers of knowledge production about urbanization. While neither the only nor the  most dominant actors in these processes, architects contributed to them in  ways that often transgressed their initial remits and redefined the consensual understanding of what architects do as architects.

Eastern European architectural labor in West Africa and the Middle East was both postcolonial and socialist. It was postcolonial in the sense that independence fundamentally changed the conditions of architectural production in Ghana, Nigeria, Iraq, and the Gulf, the continuities with the preceding period notwithstanding. This meant the establishment of new  and reorganization of old institutions, but also the emergence of new clients, new programs, new discourses, and new ambitions that defined the  parameters and stakes of architectural production. For many, the arrival of Eastern Europeans promised to break the vicious circle of underdevelopment in which the damage inflicted by the colonizers on the colonized could be undone only with the resources and knowledge of the former colonial center. While these dynamics have rarely been done away with, the arrival of these architects complicated them, not the least by disrupting the  division of spaces and times assigned to non-Europeans and Europeans in a design institute, an administrative office, or an architectural school. In the wake of independence, their engagements were considered a temporary measure and conceived as a bridge between colonial dominance and the period when the local cadres would take over, even if the latter often turned out to be postponed for decades. 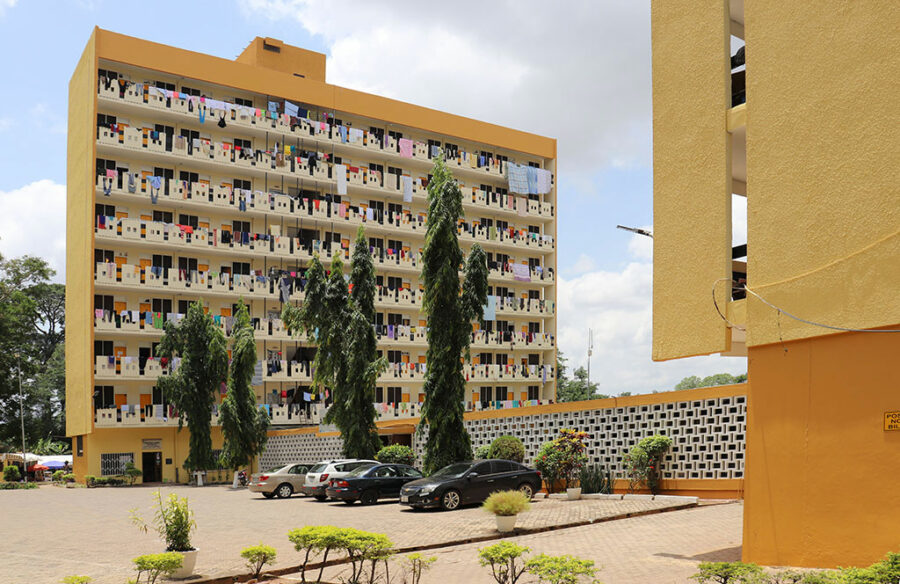 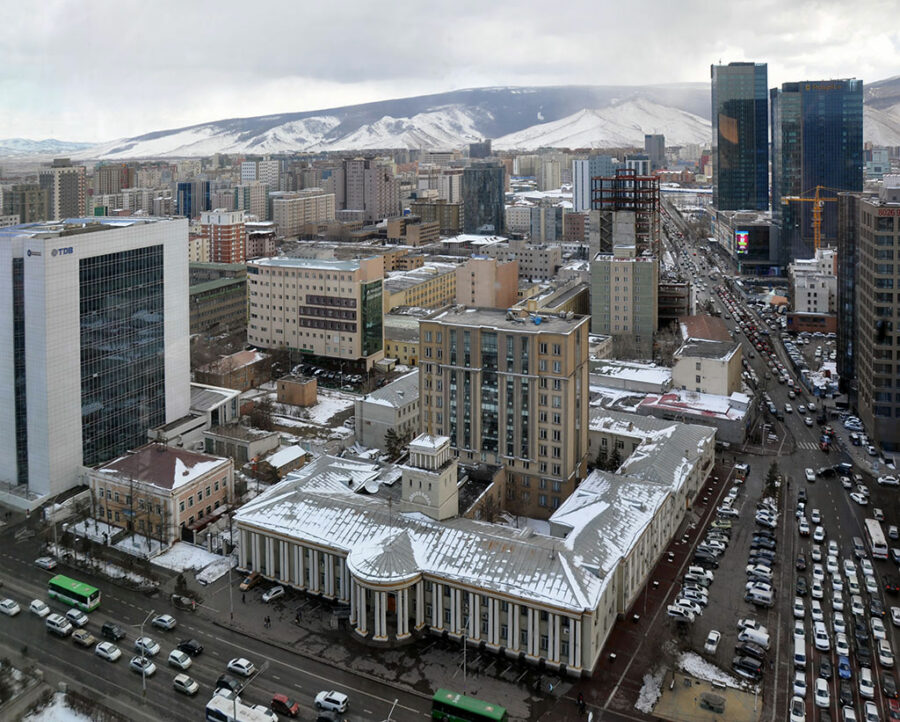 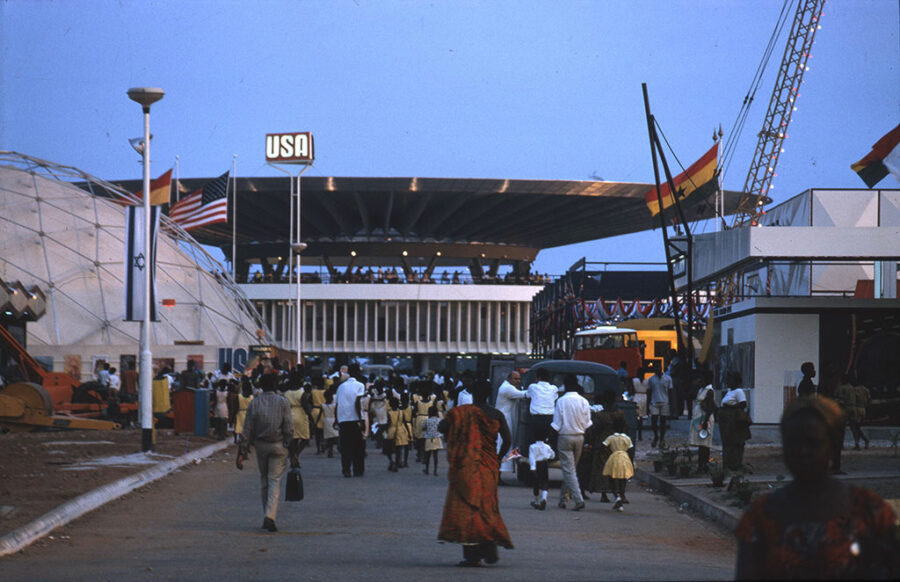