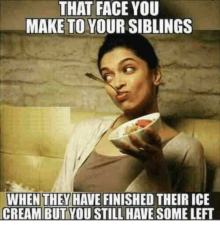 Helen Stuhr-Rommereim is a PhD student in Comparative Literature at the University of Pennsylvania, studying nineteenth-century literature and the history of Russian literary theory.

[Note: This is Part II of a two-part post. Part I appeared yesterday.]

In his 2004 essay, “Why Did Modern Literary Theory Originate in Central and Eastern Europe? (And Why Is It Now Dead?),” Galin Tihanov presented a post-mortem that anticipates Eric Hayot’s question. Literary theory died, according to Tihanov, because literature could no longer be held up as a privileged area of inquiry. By the end of the twentieth century, works of literature were “no longer endowed with special status,” and had therefore to compete “as one of many commodities in the cultural marketplace” (63). If the history of literary theory is structured around shifting “regimes of relevance” for literature, it seemed that, as the century ended, it was no longer possible to identify such a cultural formation.

But what if the supposed death of literary theory is based upon a mistaken understanding of its origins? Jessica Merrill, writing in the context of a cluster on historical poetics in the September 2017 issue of Poetics Today (which also includes essays by Boris Maslov, Ilya Kliger, and Kate Holland), challenges Galin Tihanov’s framing of the death of literary theory by unsettling the standard reading of formalism’s founding theoretical interests. In her article, “Historical Poetics and Poetic Language: Rethinking the Concept of Autonomy for Modern Literary Theory,” Merrill grounds the origins of formalism in “historical dialectology.”

Identifying this origin point highlights the formalists’ early interest in the evolution of dialects extending from historical linguistics. In this case, poetry is understood as one such dialect, with particular conventions and rules. This historicist, morphological approach is opposed to Jakobson’s later, abstracted understanding of poetic language (527). During this early period, Jakobson, Shklovsky and others were interested in tracking “recurring formal ‘devices’ for artistic language” and cataloging their evolving functions, in relation to social context and circulation. They were interested, in other words, in understanding the varying effectivity of instances of language, rather than establishing the internal logic of a linguistic system (537). Merrill suggests that poetry was the chosen subject of study, at least in part, because of the cultural power of avant-garde poets at the time, who constituted a “cultural center,” the “source from which linguistic-conceptual innovations are absorbed by the broader populace of speakers” (541).

Tynianov emerges only in passing in Merrill’s discussion, as part of the transition into thinking systems, rather than devices (542). But to this last point, for Tynianov, literature in general constitutes the “cultural center,” and is interesting for this reason, constantly evolving to incorporate new elements of reality. He writes that “the evolution of forms results in a change of function,” so that a personal letter goes from functioning purely to facilitate communication between two people, to taking on the status of a literary work of art (Tynianov 71). The constitution of this system, however, requires that literature have a particular status in culture – hence Tihanov’s declaration of literary theory’s incapacity to understand contemporary phenomena in terms of this system.

Merrill critiques Tihanov’s argument on the grounds that the rigorous separation of literature from other phenomena as an “internally defined system,” was not necessary for or inherent to the formalist project of establishing an independent disciplinary framework for literary studies. Nonetheless, Tihanov’s point about literature’s displacement from cultural centrality remains: literary theory as a discipline does not make as much sense if literature is just one of many media that we might encounter, because in such a situation, literature is not central for understanding how language functions and changes.

It is difficult to make the argument that novels, short stories and poetry occupy a central position in contemporary culture. At the same time, we are surrounded by media and text to an unprecedented degree. Tynianov felt that genres, or even the entire oeuvre of a given writer would have an evolving function within a literary system. But essential to this evolution of forms is the changing function of certain categories of language – the ceremonial odic utterance versus the personal address, for example. His central concern is simply to understand when speech functions as instrumental communication, and when it functions as art — a question with evident contemporary relevance.

Speech on social media is increasingly indexical and coded — not just in the form of hashtags, but more diffuse instances of fill-in-the-blank-type phrases that serve to categorize the emotions and experiences presented. The best example might be a phrase like “that face when_____,” which aligns image, text, and emotion while suggesting that the given emotion is universally legible. This indexing of personal experience with the mass of other personal experiences passing through a particular platform renders an entire swath of communications simultaneously intimate and universally understandable.

“That face when” and other, similar communicative moments seem to lie in the purview of linguistic anthropology. We may wonder how these spaces shape our communication, and how we, in turn, shape our communication within these spaces. But there are further questions that more properly belong to literary theory. Novels and books of poetry continue to be be published every day. But there is also a mass of text read and produced by friends and strangers, which anyone is likely to make and encounter on a given day – sometimes intentionally, but often quite passively, through the facilitation of some sort of platform. Art and literature exist on these platforms. But through what means can a particular series of utterances or piece of language in this context be designated as literary? Can we distinguish between different functions of the same phrase? Can “that face when” be estranged, can it estrange, to borrow Shklovsky’s term? Or is “estrangement” in this context actually quite banal – the basic principle of meme construction? Has anything replaced the conceived “center” of aesthetic evolution once occupied by avant-garde poets? What if it is still occupied by avant-garde poets – battling the increasingly dense aesthetic and textual “packaging,” as Tynianov might have called it, of our lives by subverting, restructuring, and transforming the corporate formatting that determines the digital landscape? How do changes on the platform level (for example, those big chunks of color Facebook automatically puts behind short statements now) change the nature of speech, and how might they be manipulated to serve the needs of art? How would we even know such a specific use when we saw it?

It is unlikely that the category of “art” will ever fully disappear even as the boundary between “art” and “life” grows increasingly muddled. Tynianov developed his system at a time of immense social and political change. In that context, it attempted to rein in rapidly evolving aesthetic, technological, and communicative phenomena by systematizing the nature of that change. Tynianov’s terminology influenced our contemporary definitions of literature while also contributing to defining literary studies itself. Yet his analytic tools transcend the pages of printed books, and revisiting these ideas now can illuminate where and how the literary function operates in today’s text-saturated world.