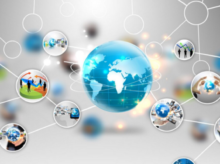 Françoise Daucé is professor at the School of Advanced Studies in the Social Sciences (EHESS) and director of the Center for Russian, Caucasian and Central European Studies (CERCEC) in Paris, France.

Benjamin Loveluck is an associate professor of Sociology at Telecom Paris.

Bella Ostromooukhova is a PhD in sociology and Associate professor in the Department of Applied Foreign Languages at the University of Sorbonne, Paris.

Anna Zaytseva is a PhD in sociology and associate professor in the Department of Russian Studies at the University of Toulouse Jean Jaurès.

Since the early 2010s, the Russian State has considerably reinforced its control over the Internet. Regulation has been entrusted not only to dedicated administrations — in particular, Roskomnadzor, Russia’s telecommunications watchdog — but also to citizen initiatives. Networks of volunteers including ordinary people reporting on “illegal” content, have, for instance, increased in number and taken on new responsibilities. Our research focuses on three different groups that engage in such activities and on the public discussion that arises when web surveillance falls to amateurs.

The organizations we studied — the Saint Petersburg Youth Security Service (MSB), the Safe Internet League (LBI), and the Cyber Cossack patrols — gather contingents of volunteers to scan the Russian Internet for illegal content (drug dealing, pedophilia, child pornography, “extremism” and, more recently, online suicide games). The MSB targets a broad scope of “negative content,” while the LBI and the Cyber Cossack patrols usually specialize in one specific issue, which may change according to the current political agenda or funding opportunities. The latter two organizations are also involved in generating “positive content:” creating sites promoting patriotic ideas, for example, to help create a “virtuous” Russian Internet.

The relationship of these organizations to the legal system and the Russian state is complex. MSB appeared in the early 2000s as a grassroots substitute to state institutions that had turned a blind eye on drug problems. By the end of the 2010s, these volunteers saw themselves as assistants to law enforcement, having developed technical skills in the digital field that complemented those of the police. They sometimes use tools that themselves lie on the fringes of the law (e.g. software that does not respect privacy) with the pragmatic aim of increasing the effectiveness of their actions.

The LBI emerged in 2011, when the state was beginning to assert its control over the Russian Internet, and illustrates the involvement of private players intending to “moralize” it. Its director asserts a traditionalist political stance, criticizing the Soviet past, Western “international leftism,” and the current Russian government, which he sees as being “too liberal.” The League has set up cyber patrols (kiberdruzhiny) claiming up to 20,000 members across the country. These members are recruited via partnerships with administrations, educational establishments, and volunteer associations in many Russian regions. The Cossack cyber patrols are one of the League’s incarnations, rooted in the Cossack universities (the Moscow State University of Technology and Management and its regional affiliates) and in regional Cossack institutions that promote “Cossack” values like patriotism, service to the State, and the Orthodox faith, “defending Russia’s digital borders.” The volunteers recruited by these organizations monitor websites and social media looking for “illegal” content, forward the results to the police or to Roskomnadzor, and take action against offenses — some of which are not (yet) covered by the law. Since the beginning of the coronavirus pandemic, some patrols have specialized in denouncing fakes linked to this disease, in line with a law promulgated at the beginning of April 2020 punishing these fakes with a prison sentence.

Between expertise and politics: discussing volunteer regulation of the Russian Internet

In 2018, two United Russia deputies introduced into the State Duma a bill obliging law enforcement agencies to cooperate with voluntary cyber patrols that “combat internet dissemination of information prohibited in Russia, particularly concerning war propaganda and incitement to national, racial, or religious hatred.” The hearings of this bill in the Civic Chamber in March 2019 show two groups. The first is comprised by politically involved supporters of the bill (Duma members, Cyber patrols officials) who promote the recruitment of Russian Internet users for day-to-day surveillance of the digital environment. The completion of specific “micro-tasks” would demonstrate a “proper civic position” of patriotic users and discipline both the citizens and the law-enforcement agencies they patrol with. The second group includes “experts” (internet industry representatives, security specialists) who have spoken against the bill, decrying the amateurism of cyber patrols and the political interest of their leaders, who allegedly seek immediate visibility and a “slice of the budget.” Due to this lack of consensus, the law has still not been adopted as of 2021.

At the margins of public space, the 2018 cyber patrol bill aroused many criticisms from defenders of online freedoms, who are concerned about its civic and moral implications. Online citizen enrollment, according to these critics, would institutionalize “online snitching” and promote useless “fake structures” designed to capture public funding.

The trend of blocking websites, deploying surveillance technologies, and making plans to “sovereignize” the Russian Internet raises questions about the place of citizen initiatives in the field of online security. Cyber vigilantism is part of a political model currently seeking legitimacy through shared moral and patriotic references. Russia is thus a laboratory for plural forms of citizen participation in online security, at a time when surveillance instruments are increasingly available to public, private, and civilian actors; their mutual relationships involve cooperation as well as competition.