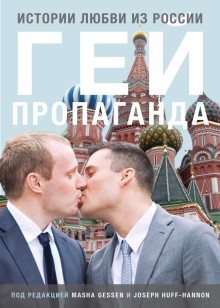 I come from a country of five million people. I am one in five million. If I count grandparents, aunts and uncles, and their kids, then  my immediate family counts fifty—0.001% of the entire population. If I add my friends, all the people I went to school with and other acquaintances, my personal network represents 0.01% of Norway’s total population. Based on these numbers and the homogenous nature of our inhabitants, it may not come as a surprise that one of the best known pop songs from the 90s tells the story of the first time the lead singer saw a black man waiting at the local train station:

I was overcome with fascination.

For me it was quite the sensation.

A black man standing at the station.

Yes, I admit that Norwegians can be amazingly naive, and also realize that Norway might be the only country in the world where such a song could become a hit. Not because of any dislike toward cultural and ethnic minorities (that is not at all what the song is about), but because many Norwegians of the older generation have had similar experiences to that of the singer. One would think that with such a small population, minorities would not have a strong voice of their own. But in general, both cultural, ethnic and sexual minorities enjoy the same privileges as the Norwegian majority. Homosexuals can join the army, have the same legal rights as heterosexual couples, can marry and adopt, and lesbians even have the right to assisted conception. This reality is completely different from the one found in today’s Russia.

Last week, the New York-based OR Books publicly announced their upcoming book: Gay Propaganda. The book is a collection of stories, interviews and testimonials by homosexual Russian couples. Some of the couples still reside in Russia, while others have made the difficult choice to live a life in exile. The publication of Gay Propaganda is set to February next year, making it a provocative response to the Winter Olympics in Sochi. Dmitry Chernyshenko, administrative director of the Sochi games, recently presented what he indirectly referred to as “the gay uniform”: a rainbow-colored outfit to be worn by the many volunteers working to make the event a memorable experience for all. This uniform is supposed to show the world how homosexuals are welcome to join the magic of the winter games. During a press conference in New York this week, Chernyshenko also commented on the new Russian law which criminalizes so called “gay propaganda”: “People just do not want to listen. Those who never took the time to really read the law cannot understand what it is about. President Putin has several times tried to explain the true nature of the law, even in front of international media. The interpretation that the law is violating the rights of the LGBT community is not correct, and there will be no discrimination in Russia, whether by religious, gender or sexual orientation.” The stories in Gay Propaganda, however, paint a very different picture.

Although I was already aware that the situation of Russian gays and lesbians is not easy, especially not in the provinces, the stories that are to be included in Gay Propaganda reinforced my awareness of a topic which deserves our attention. Through the stories told we are introduced to young people who have been forced by their parents to seek psychological help to cure their sexual preferences, who have lost their jobs, who have had their children kidnapped by their grandparents, and who feel that they, because of the way they choose to live their lives, have already killed their mothers. All of this because of their sexual orientation.

I was six years old when the Winter Olympics of 1994 took place in Lillehammer, Norway. Although my family would sometimes go to Sweden for syttende mai (our national day) and in general did not encourage nationalistic behavior, even I felt a slight tingle of pride as Juan Antonio Samaranch said: “Best Olympic games ever!” Let us hope that the Olympics in Sochi not only turns out to be the best games ever, but that the expected media attention will shed some light on the unacceptable treatment of sexual minorities in Russia. The publication of Gay Propaganda is definitely a good step in the right direction.