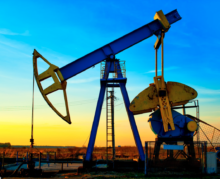 Delgerjargal Uvsh is a Postdoctoral Fellow at the Jordan Center for the Advanced Study of Russia.

In examining how the natural resource wealth of a country affects its economic development, some scholars have argued that windfall revenue from resource exploitation is a “curse” to the country because it creates incentives that reduce economic growth and living standards and worsen the business environment. Can resource-rich countries get out of this alleged economic “curse,” or are they stuck in it until the resources run out?

The experiences of Russia’s oil- and gas-producing regions after the collapse of the Soviet Union suggests that political elites can make a difference in reversing the “resource curse” if their abundant revenues from natural resources decline. These declines in resource revenues can serve as moments of change to alter the incentives that led to the “curse” in the first place, assuming elites expect revenue loss to be long-lasting. When they do, they compensate by attempting to expand their tax base, which requires improving the institutional and business environment. Consequently, economic activities and investment increase. In contrast, if elites perceive the decline in resource revenues as temporary, they do not try to expand their tax base and support businesses, instead implementing policies that shift support from firms to the hands of elites and bureaucrats.

My conclusions here are based on analysis of how Russia’s oil- and gas-producing regions reacted to two instances of significant decline in oil and gas revenue. Russia is one of the world’s leading oil and gas producers. In their vast majority, these two commodities are produced in about 40% of Russian regions.

Regions that produce oil and gas experienced a sizable negative shock to (decline in) their oil- and gas- revenues starting 2002, as the tax code centralized collection and allocation of mineral extraction and export taxes from the regional budgets to the federal government. Before the reform, 60% of taxes levied on mining operations accrued to regional government budgets in oil- and gas-producing regions. Beginning in 2002, the federal government began implementing a schedule to gain the right to 100% of the mineral extraction tax on gas, 95% of the mineral extraction tax on oil, and 100% of export tax revenues on oil and gas. For years, attempts from the regions to fight against this change failed. Over time, it became painfully clear that the regions would not get back their oil and gas revenues from the center.

In 2014, these regions suffered another blow to their regional budgets as global oil and gas prices dropped considerably. Subsequently, the significant amount of revenue that the regions still generated from corporate profit and individual income taxes diminished. Regional elites believed, however, that unlike the 2002 shock, this shock was temporary, a low point in yet another boom and bust cycle in the global commodities market.

How did regional governments react to the two shocks? Regional authorities in Russia play an important role in facilitating business activities, which has been enhanced by the overall regionalization of investment opportunities in Russia since the early 2000s. The main instrument at the hands of the regional government is fiscal incentives, as it controls corporate, personal income, land, and transportation tax rates on its territory within the limits set by federal regulations. It also has leeway in implementing licensing and banking regulations. Moreover, regional authorities play a discursive role in facilitating the interaction between the state and businesses as their messages to the business community matter in decisions to pursue costly investment activities.

After facing a potentially permanent decline in their oil and gas revenues starting in 2002, Russia’s oil and gas regions enacted measures to support businesses. As a result, the overall institutional environment and business conditions improved significantly in these regions after 2002, as reflected in the increase of their overall governance scores and investment climate ranking. These two indicators took a negative turn after 2014.

What actions did regional governments take to increase their support for business? The Tatarstan government reduced the corporate profit tax rate for businesses in certain sectors. Businesses became able to deduct expenses for critical activities for new businesses, such as advertising and medical and property insurance, from their taxable profit. The regional government also expanded institutions that facilitate interactions with businesses, such as the Congress of Entrepreneurs and Agency for Development of Entrepreneurship. Further, in November 2002 Tatarstan independently adopted a decision to establish a one-stop shop for businesses, which formalized the required list of documents and streamlined the business registration process, and opened its first such shop just a month later.

These regions reversed many of their business-friendly policies after they faced a transient market shock of 2014. For instance, both Tatarstan and Tyumen’ reduced the amount of tax benefits (deductions) on corporate profit tax per firm. Between 2013 and 2014, this figure reduced by 24.6% in Tatarstan and almost 98% in Tyumen’. The number of economic crimes reported in these regions also increased after 2014, signaling higher level of state and bureaucratic interference in the economic sphere.

One hopeful implication of the Russian resource-rich regions’ experience is that governments can deal with the changing dynamics of resource dependence effectively if they must, despite having much less power than the national government. The literature on the relationship between Moscow and regional governments tends to conclude that regional governors have increasingly lost their autonomy and become mere puppets of the federal center. While this is certainly accurate in politics, regions seem to still have some room to make divergent choices when it comes to fiscal and economic policy.