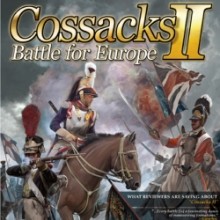 As I’ve written elsewhere, the Cossacks have a special, even unique place in Russia’s image of itself and in the world. ‘Cossack’ means repression, saber-wielding stormtroopers of the status quo. Or traditional values of sturdy self-reliance, hard work and community. Or a charming, picturesque anachronism. My English grandfather’s main memory of his deployment to the Transcaucasus during the Russian Civil War, after all, was learning Cossack dance.

In a lengthy piece on security policy in Rossiiskaya gazeta, back in February, Vladimir Putin gave us his vision for the Cossacks. To him, they were part of the solution: “the mission of the state now is to help the Cossacks, draw them into military service and educational activities for youths, involving a patriotic upbringing and initial military training.” This has been coupled with a series of practical measures, although largely a rehash of existing programs. Of course, beyond a colorful history it is hard to see what could the Cossacks really can offer in an age of netcentric sea-air-land warfare, and the ‘training’ they could offer is worlds away from the technical skills the high command is desperately seeking in its new recruits.

That may help explain in part why the generals don’t seem that eager to take on the Cossacks as a community in more than ceremonial roles. Back in 1992, Boris Yeltsin decreed the creation of Cossack regiments. Some units were formed within the Border Troops but beyond that, creative foot-dragging and a lack of funds meant little was done. Then in 2005, Putin himself introduced law 154-FZ ‘On the State Service of the Russian Cossacks’.  There are notionally Cossack units – the 108th  and 247th Air Assault Regiments of the 7th Guards Air Assault Division and the 205th Motor Rifle Brigade – but neither are all their soldiers Cossacks, nor do they have anything particularly ‘Cossack’ about them. Don’t expect to see parachuting ponies any day soon.

Frankly, if we look at the role played by Cossack auxiliary, volunteer and mercenary elements in the various Caucasus conflicts, including the 2008 Georgian War, we see a tendency towards indiscipline and counter-productive brutality. Given that there is no lack of glorious regimental history to draw on dating back to the Great Patriotic War, 1812 and beyond, there is no real military rationale to creating Cossack units. Thus, we can presume that this was just a little pre-election rhetoric for Putin, another way of both shoring up his support amongst the Cossack electorate and also demonstrating his connection with pre-Revolutionary traditions.

In many ways, attitudes towards the Cossacks – in particular, a commitment to their widening role – have become a touchstone to measure political affiliation. First of all, it means statist in the sense that is becoming increasingly dominant in Kremlin thinking, a pseudo-tsarist model which fuses government, nationhood, Russian Orthodox Church and an elite which owes its position to the patronage or tolerance of the state, much like the old service aristocracy of the Table of Ranks.

According to former Chechen war commander General Gennady Troshev, Putin’s adviser for Cossack affairs (until his death in 2008), “The most important thing that distinguished the Cossacks was their enormous faithfulness to the Czar and love of the Motherland” and “The Cossacks are inseparably linked to the Church.” In this way, they embody this tripartite notion of statehood: a dependent elite, responsible to an absolute government that legitimizes itself by a higher duty to the rodina, and the Church.

Secondly, it means adherence to a certain, specific and, let’s be honest, thoroughly mythologized notion of Russian tradition. The very notion of the Cossacks is an anachronism and a reinvention, halfway between the earnest participants of a Renaissance Faire and the wannabe gunslingers who read Soldier of Fortune. Cossack culture was essentially eradicated under Stalin outside some musical ensembles, and while there was some discussion of a revival in the late 1970s, only in 1989 in the heady days of glasnost’ was the first Cossack association formed under the auspices of the All-Union Historical and Cultural Monument Preservation Society Central Propaganda House.

There are now some 7 million people within Russia who identify themselves as belonging to the Cossack ethno-cultural group, but how many of these live in a rural stanitsa, ready to leap onto a shaggy pony when the tsar calls? Indeed, in many cases notionally Cossack organizations are created more to take advantage of some convenient tax breaks and perks rather than out of a passion for the frontiersman’s heritage.

Thirdly, and perhaps this is the most interesting, a commitment to the myth of the Cossack, the tamed barbarian, the outsider who works for the insiders, also conveys a certain lack of belief in the state. When Russian Orthodox priests like Vsevolod Chaplin encourage vigilantes and Cossacks to “defend Orthodoxy” from such terrifying threats as a trio of 20-something singers, they are signaling that they do not feel the laws and their enforcers suffice. In St Petersburg, likewise, local assemblyman Vitaly Milonov suggested that Cossacks ought to be part of a new ‘Morality Police’ to crack down on the gay community following the passage of miserably retrograde homophobic laws there.

Likewise, when Krasnodar governor Aleksandr Tkachev announced plans to hire a thousand Cossacks, he told an audience of (largely disconcerted and disgruntled) police, “What you can’t do, the Cossacks can.” In other words, they could bypass all those pesky new rules and regulations, especially since the new Law on Police imposed new controls on the cops (even barring nightstick-blows to the genitals), and instead bring not law, but their own brand of order.

Meanwhile, deputy chief of the presidential staff (and chairman of the Presidential Council for Cossacks) Alexander Beglov wants them encouraged to form private security firms and carry weapons. This is nothing new – by 1997, Cossack security companies were working for the Moscow city government – but in the current political turmoil it is hardly reassuring and speaks to a diffuse lack of faith in the mechanisms of the state.

To the Kremlin, and all the little Kremlettes around the country, the Cossacks also represent easier times, when the laws were confused and more easily redefined at will, when there was not the new insurgent middle-class opposition, vigilant for abuses and eager to tweet and vkontakte them for all to see. When there were no confusion divisions within the siloviki as to the best way forward.

Of course, their tolerance for such vigilantism doesn’t just reflect but also deepens a generalized lack of faith in the state’s institutions, even on the part of those running them. But introspection seems not to be one of the current elite’s defining traits, and for the moment they are happy to dream of a vacation in Cossackworld, a theme park of the imagination, where boots are shiny, there is meat on the table and vodka in the pitcher and the peasants are never revolting for long, courtesy of a Cossack’s trusty whip and saber.