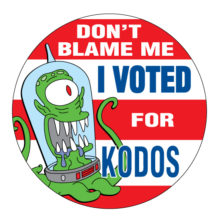 Robert Person is an assistant professor of international relations at the United States Military Academy at West Point and is a term member of the Council on Foreign Relations. He specializes in the foreign and domestic politics of Russia and the post-Soviet states. The views expressed in this article are those of the author and do not reflect the official policy or position of the Department of the Army, Department of Defense or the U.S. government.

This article first appeared in The Monkey Cage.

On Sunday, Russians will go to the polls to elect a Duma — a parliament — for the first time in five years. The last time they did so, the country was rocked by some of the largest mass protests since the collapse of the Soviet Union in 1991 — with, according to some estimates, as many as 150,000 participants. The electoral protests of 2011-2012 shocked Vladimir Putin and the ruling United Russia party.

And so this time, the Kremlin will leave nothing to chance. Its electoral process will be the most tightly controlled and carefully orchestrated in the country’s post-Soviet history. Here’s how we know.

Putin reacts to what he sees as threats

Most observers see Putin as someone who, in New Yorker editor David Remnick’s words, seeks “power for power’s sake.” It’s not so. Putin is a potentially insecure leader who reacts defensively to domestic threats, not a hungry autocrat who lusts for ever more power. Since he became Russia’s president in 2000, as I show in a forthcoming article, most of Putin’s anti-democratic policies, reforms and actions have been put in place defensively, as reactions to real and perceived threats to his political security and survival.

That understanding casts a new light on Russia’s authoritarian trajectory over the past 16 years. Every time Putin sees a political threat, he responds with a reactive countermeasure. In that way, Putin has been gradually but perceptibly ratcheting the country closer and closer to consolidated dictatorship.

What makes someone (or something) seem threatening in Putin’s political world?

Putin feels threatened by individuals and organizations that have, first, the ability and resources to undermine his political control of Russia, and, second, the intent and motive to do so. And Putin sees those threats in many places. That’s why he has steadily moved to defend his power from the media, oligarchs,regional governors, the upper and lower houses of parliament, opposition political parties, foreign and domestic NGOs, and eventually the citizens themselves.

Consider, for example, Russia’s oligarchs. Most have the resources to challenge Putin if they wish. But the Kremlin only targets those who actually use those resources to oppose the Putin regime. Oil tycoon Mikhail Khodorkovsky’s arrest in 2003 is widely believed to be retaliation for Khodorkovsky’s intentions to spend $100 million funding liberal opposition parties. Most of Russia’s oligarchs have kept their freedom and their wealth by staying out of politics, signaling the Kremlin that their intentions are benign.

For the first decade of Putin’s rule, he didn’t see Russia’s citizenry as threats; they genuinely supported his leadership, as could be seen in his consistently high approval ratings. After the political, economic and social chaos of the 1990s, most Russians welcomed the order, stability and prosperity of the Putin era. Protests and demonstrations tended to be small scale and focused on specific issues. And so the Kremlin tolerated a good deal of grass-roots political activity, right up through 2011. Opposition groups were regularly granted permits for public demonstrations and were allowed to engage intraditional forms of civic political advocacy.

To be sure, the Kremlin knew the risks of elections and protests. The Rose Revolution in Georgia (2003), the Orange Revolution in Ukraine (2004), and the Tulip Revolution in Kyrgyzstan (2006) all swept out semi-authoritarian incumbents who had rigged elections. In reaction to that threat, the Kremlin made sure that didn’t happen during the 2007-2008 elections for the Duma and the presidency.

How do we know that the 2011 election surprised the regime?

But in December 2011, widespread reports of fraud sparked mass protests in Moscow, St. Petersburg and other Russian cities. Here’s how we know that Putin and his ruling circle were genuinely caught off guard by the election and its aftermath: Their party, United Russia, pulled in only 49 percent of the popular vote. That was still a plurality — but the 15-point drop startled observers and embarrassed the regime.

Why didn’t Putin’s sophisticated electoral engineers deliver a stronger result for the regime? Here’s the problem: Rigging results to hit a comfortable target requires knowing how much you have to add to the real vote. That requires a good estimate of how many legitimate votes you’re likely to get. In coming up short of 50 percent, Putin and his United Russia allies revealed that they had lost touch with Russian society and misjudged their true level of public support.

The mass protests afterward shocked Russia’s ruling elite, including Putin. For the first time since 2000, Russian citizens showed both the intent and the capacity to act against the regime — and revealed themselves as a threat.

Many of Putin’s domestic political actions since then have clearly been defensive reactions to neutralize further threats from mass civic action.

Since 2012, the legal penalties for joining unsanctioned protests have been drastically increased. Offenders face fines up to $30,000 and up to 5 years in prison. Opposition leaders such as blogger and activist Alexei Navalny have been targeted with multiple arrests, investigations and even beatings by pro-Kremlin Cossacks (yes, they and their fur hats still exist).

Putin’s post-2011 “counterrevolutionary obsession” ensures he will not make the same mistake again. Some have argued that the Kremlin’s recent targeting of the independent polling firm Levada Center as a “foreign agent” is an attempt to quash polling that suggests support for United Russia is flagging to somewhere around 30-40 percent. If polls show 30 percent support but “official” election results put support much higher, Russians may again cry foul and take to the streets.

While the Kremlin may be more careful in how blatantly it manipulates this weekend’s results, the Duma has passed a variety of electoral reforms to tip the scales toward United Russia without resorting to fraud.

Only three months ago, Putin decreed that the elections — originally scheduled for December — would be moved up to September. Shortening the campaign season so drastically makes it hard for smaller parties to gather the signatures needed to get on the ballot.

The reintroduction of single member district seats alongside proportional representation seats in the Duma gives candidates from well-resourced parties such as United Russia a strong advantage compared to candidates from smaller parties with poor name recognition.

And holding the election in September ensures that few Russians are yet paying attention to politics (and perhaps electoral irregularities) as they return from summer holidays and get back to work and school.

The message from the Kremlin is clear: Challenge the regime at your own risk. Should Putin’s control of Russia be threatened once again by mass protests, his reactionary history means his response to this threat will be swift and strong.