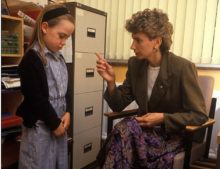 We have the highest regard for Barack Obama as the most intelligent and nuanced president of our lifetimes. This includes foreign policy where, given the catastrophic consequences of US adventurism and mistakes, his sure-footed, cautious, and long-view approach has been a blessing. And yet we have our doubts when it comes to his policy vis-à-vis Russia. We think Obama miscalculated or at least handed policy to people who miscalculated.

In substance, the Obama administration miscalculated when it vastly underestimated Russia’s reaction to its own rollback, and treated Russia with such public contempt as to alienate a major power and lose leverage over it. The Syrian tragedy, by which we mean the endless bombings and blockading of civilians and the loss of so many young Syrians to civil war only to confirm the existing regime, is the consequence of this miscalculation.

Following Obama’s election to the Presidency in 2008, it seemed that the US would make a genuine effort to integrate and engage Russia after the Georgian conflict and final wave of NATO enlargements. (Only a few months earlier, President George W. Bush had asked that the process of Georgian and Ukrainian membership in NATO be initiated). It has been the US intention since 1991 to bring more and more countries of the former Warsaw Pact and the former Soviet Union under the hegemony of the US, NATO, and the European Union. This is neither scandalous nor surprising: it’s what empires do and the US is the last empire standing.

Rather than parse words and point fingers, as both sides have done, one should consider whether this is a good thing. The fact that Russia is ruled by corrupt politicians and one-percenters is unremarkable from the point of view of people living in the US. More to the point, Western hegemony offers stability, security, and prosperity, albeit unevenly distributed. By contrast, Russia has little to offer because it is neither especially large (GDP PPP is about 3.5 trillion, compared with over 18 for the USA and over 19 for the EU) nor affluent (per capita GDP is half of that of the USA and less than Greece’s after six years of severe crisis).

While NATO had its reasons for the expansion, there was no way for Russia to perceive it as something other than provocative, as Putin stated outright in 2008; and given Russian military and economic weakness, the US counted on Russian passivity in all but rhetoric. After all, it had worked well for so long. Viewed against this background, Hilary Clinton’s so-called “reset” was not a fundamental rethinking of the US-Russia relationship but rather an attempt to smooth out relations on fundamentally the same terms. Russia, it seems to us, was being treated as a “regional power” well before Obama expressed this view publicly in 2014. Indeed, in his attempt to refute Mitt Romney who viewed Russia as a threat worth discussing, Obama confirmed that US foreign policy was predicated on the belief that Russia could be ignored in order to focus on other parts of the world. For example, the “Asia pivot” ignored the fact that Russia is a “Pacific nation.” Over time, as Russia increasingly failed to behave as desired, the preternaturally calm Obama lost his cool, responding with an annoyance that only further delegitimized Russian concerns.

What Ever Happened to Self-Awareness and Noblesse Oblige?

A series of developments where the US behaved very poorly, and unnecessarily so, greatly changed the equation. In Libya, NATO and the US prevailed on Russia to refrain from exercising its veto on the Security Council (Qadafi had a relationship going back to the USSR) but blithely ignored its very reasonable warnings which came down to this: is your after-Qadafi plan any better than your after-Saddam plan? The answer was a resounding no, and the West has created one more destabilized place where destabilized people are given to destabilizing acts like bombings of civilian and foreign targets. Meanwhile, the US went ahead with its plans to place missiles in East Central Europe with the rather implausible claim that they were directed at Iran, not Russia.

Here in the US, the press and Washington establishment pilloried Russia for its gay propaganda law and its persecution of journalists (but not for its kleptocracy which, viewed the right way, achieved a system of inequality and politics seeped in money we have enjoyed for so long). The condemnation was well deserved but fed cynics everywhere: why so easy on China and Saudi Arabia, the one with a much worse record when it comes to the press, the other with a much worse record when it comes to gays, women, and journalism? (The answer is that Russia is an infinitesimally small economic interest for the US.) And why are Americans so easy on themselves, when gay marriage is a very new phenomenon that even Obama and Clinton opposed just a few short years ago, and which large majorities voted down in state-level referendums?

To be sure, there are substantive issues in every case, but the public and demonstrative statements that Russia does not matter even in the regions it abuts seemed crafted to humiliate. Then came Ukraine. Here too there were different dimensions to the situation. One is the ideological and geostrategic: is American and EU hegemony better than Russian? In the long run, it seems to us, it is, because Russia can offer short-term gain in fuel prices and short-term pain when it cuts off supplies, but very little in terms of long-term development. The US was going to prevail, so it was a matter of how it went about bringing Ukraine into the West’s orbit.

The Public Performance of American Virtue that Backfired

The other dimension is performative. American policy makers and media on the right and the left felt and feel the need to perform their values at someone’s expense, and calculated wrongly that there would be no consequences if that someone were Russia. Social media, especially the left liberal spaces, are flooded with vitriol and Schadenfreude; believe us, we know, we’re liberal academics. The Secretary of State and the President made it a point to demote Russia to “a regional power,” which is true but asking for a reaction.

Victoria Nuland personified the consensus and the demeanor because she manages to be on both the right and on the left of US politics, depending on who is likely to come to power. She stood on the Maidan with the US ambassador to feed cookies to the demonstrators in what was perhaps the greatest act of diplomatic silliness and immaturity of the whole Obama period, and in Russia it really stung. Ukraine was, after all, a “brotherly” country that shares a historical genealogy with Russia as well as a long border. And at that very moment Russia was hosting the world at the Sochi Olympics, a huge media and propaganda event that was to announce Russia’s final arrival as a post-socialist, advanced, modern, and capitalist society. Instead, the western press complained about the toilets in the Olympic village, a respected American editor at the opening ceremony complained that Russia missed the Renaissance, and all the while the Maidan demonstrations unfolded in Kyiv.

The performative – the penchant of the State Department and the media for grandstanding, but only when it came to Russia – became substantive for three reasons. First, the utter and public humiliation of Russia demanded some sort of reaction, lest the country be seen as objectively weak and a poor ally. The result was Crimea, chosen for a variety of reasons, one of them being its discrete geographic nature with less chance of spillover. That’s why Britain and France chose it in 1854. The lesson, Putin stated after the annexation, was that Russia will not be ignored. The performative became substantive for a second reason: unrewarded and unrecognized for its past cooperation, Russia had less and less to lose by acting alone, and little to gain by cooperating. We see this in Syria where, in the absence of an achievable US policy other than a demand for good behavior and the quixotic quest for that moderate opposition to arm if only it existed, Russian went it alone. One can complain about Assad, and with very good reason, and call Russian realpolitik cynicism, because it’s both; but Russian policy squared with the facts better and most recently engaged Turkey and Iran.

Strangely, it’s not even clear that Russia’s moves are against US strategies: authoritarian stability is hardly alien to US policymakers, Egypt being a recent example. This could set the stage for a joint fight against ISIS by the US in Iraq and Russia in Syria.  In some ways Russia is doing work that the US under Obama would not do. And, finally, the performative became substantive for a third reason, probably the most important: the Russian economic crisis was looming because of falling oil prices, which accounted for about two-thirds of exports and half of federal revenue. What better time to blame the West for the country’s problems, particularly when the West obliged with sanctions that made things worse? Like Fidel Castro, who used the US embargo to deflect from his regime’s economic failures because it became plausible to argue that the US caused them, Putin has deftly utilized the West’s reaction to his own advantage.

Can Trump Be Good for Russia for the Wrong Reasons?

Where does this leave us as Donald Trump occupies the White House? There are many, many things to worry about, to be sure. But there may be hope when it comes to Russia: a US policy that will not be driven by point scoring back in the US. Even with the uproar over alleged Russian hacking, chances are that policy will be driven by oil-drilling rights. Maybe, just maybe, US-Russia relations will be brought back to a place where American superiority is understood but unspoken, not shoved down the proverbial throat, thus enhancing possibility that the two counties will find cause to cooperate. And maybe Russia, less beleaguered abroad, will be forced to grapple with the domestic imbalances of income, wealth, and taxation, and the rollbacks of civil rights and journalistic freedom. How ironic it would be if a Trump administration becomes a catalyst for change within Russia, entirely unwittingly.