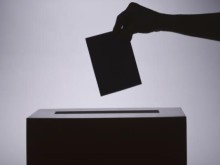 Note to our readers:

As the blog’s name suggests, All the Russias is devoted primarily to issues pertaining to Russian life, politics, history, and culture.   As Russia does not exist in isolation, we do occasionally post essays about other postsocialist countries in the hopes of broadening our perspectives.

I have lived in New York for the past eight years since I work as a professor of Comparative Literature at New York University. As a Romanian citizen, I voted in every previous election through the General Consulate here in New York, and had every intention of exercising my right to vote yesterday as well. However, I ended up going home without voting.

Like elsewhere in the diaspora, the voting process was undermined to such an extent that voters like myself were disenfranchised. The reason, many suspect, is because diaspora voters were responsible for tipping the balance of the last presidential election in the favor of President Traian Băsescu, who then won reelection while the government fell under the control of his rivals. Their Prime Minister, Victor Ponta, is now the favorite candidate to the Presidency. Their foreign affairs minister, Mr. Titus Corlățean, oversaw the pitiful way that the elections were conducted abroad.

At 6:30 pm, when I arrived ready to cast my ballot, we were told that we should expect a four hour long wait. I had brought my two daughters with me to the voting center–I thought it was a good chance for them to practice their Romanian, which we try hard to keep alive while living abroad, and to teach them about civic duties. But it soon became clear that the lesson was going to fail miserably. People were upset, and the kind of Romanian my daughters were hearing in line, while authentic, was not at all the one I wanted to teach them.

On my subway ride to the Consulate I got to talk to a young woman who had finished the New York 2014 Marathon that morning. She told me that it was a slow marathon for most runners, because of the cold and the unusual wind, which made it feel like they were running through knives. My children are no marathoners (yet), the evening made those wind knives even sharper, and I could see that a four-hour wait in the already bitter cold would not end well for them. So, despite everything I believe in, I left the line, and went home. Mr. Ponta and his government won a small victory by disenfranchising one of the people who would have voted against him.

However, my parental lesson did not completely fail. I had thought it way too complicated to explain electoral politics to my young girls, but on the way home, I realized it was in fact very easy. My seven year old asked me why I would not vote with the candidate that most people vote for, Mr. Ponta. At this age, majorities hold a great attraction. Where would I begin, I wondered? And then I realized even a seven year old would understand (by this time, my three year old was long asleep in my arms). I said: “Well, Mr. Ponta copied his homework and he lied about it. “(In an act that won him the title the Copy Paste Prime Minister from The Economist, Mr. Ponta plagiarized a large part of his Ph. D thesis in the most egregious fashion, by lifting 85 pages out of a total of 307 from the work of another Romanian scholar. (See “My Name is Paste. Copy Paste in the July 3, 2013 edition of The Economist for a link to those pages and to Mr. Ponta’s declaration that he would resign if the plagiarism was proven, another broken promise). “I will not vote for a someone who copied his homework” I said. My daughter nodded gravely. She was convinced enough to go against the majority.

Unfortunately 40% of Romanians, who just voted for Mr. Ponta, are still not convinced.