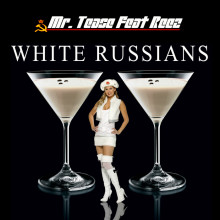 SEELANGS* may have finally turned me into a Ukrainian nationalist. Specifically, last week’s ugly exchange forced me to push past my own reflexively ironic take on “national identity,” a position that stems from my own privilege as a (white) citizen of an all-too-successful empire/nation. It’s easy to be insouciantly ironic about identity when you’re on top, just as it’s easy to pretend that your own position is simply neutral. (I am Switzerland! Wherever I stand is the incontestable norm!)

To summarize what happened on the listserv:  A question about using the Russian pronouns “na” vs. “v” with Ukraine–and using “the” vs. no “the” in English–inspired several days’ worth of increasingly incoherent and spiteful commentary. The level of discourse was often low (“But we don’t say THE Germany!” “Yes but what about THE Netherlands?” etc. etc.), particularly in that many writers willfully refused to acknowledge that what’s at issue is not a grammatical rule (as if our use of prepositions and definite articles were governed by a series of consistent, logical rules), but rather a particular group’s request to be addressed a certain way as a mark of respect and agency. The entirely valid parallel with feminists’ requests—nearly a generation ago now—to move toward less sexist language was brought up, whereupon the women who’ve made such requests were dismissed as hysterical and silly. Ukrainians asking that their country be spoken of in a certain way were likened to “insecure teenagers.”

All this was disheartening, though perhaps to be expected. What was less expected was the introduction of a putative parallel—an extremely telling one—by an older American Slavist. To paraphrase (but not much) his message to the list: “Maybe I can be pressured into to saying ‘African-American’ when I’m talking TO one of THEM, but I’ll call them whatever I like in the privacy of my own home. Because that’s my right, goddamit. So don’t persecute me by policing my private speech, you hysterical PC lunatics. You hate my freedoms!” Well, OK, I added that last sentence. But the rest is pretty much lifted right from the email.

It got worse. Several people wrote in to support this person’s post (yay, freedom! you are EXTRA FREE because you dare to refer to African-Americans in whatever language you like!). Finally, when the original poster was called out by a young, female, African-American colleague, he responded with a shockingly disrespectful ad hominem attack, implying that this colleague lacked the intellectual acumen to understand the subtle irony (or something) of his remarks.

It’s been suggested that the authors of such posts “have nothing better to do.” But the situation is actually more serious: some people are genuinely angry because they’re being asked to show certain kinds of respect to groups that they used to be allowed to treat disrespectfully if they wanted to–whether women, people of color, sexual minorities, or post-colonial subjects (even khokhly!). Hence the anger, and hence the white American’s instinctive recourse to the case of African-Americans: you can’t make me respect you!

Having read through those nasty messages, I sent a very brief note to the list in support of the young Slavist who’d been addressed in racist terms; a number of other listserv members did the same. That’s *all* I did. And yet my exhaustion was undeniable—which helps me understand what’s meant by “microaggression.” It’s the kind of low-level, nagging disrespect that you’d like to be able ignore, but you can’t. It’s what might be turning me into a Ukrainian nationalist.

* SEELANGS, for those who aren’t familiar with it, is a deeply nerdy (and occasionally useful) listerv to which many of us Slavists subscribe, typically in order to discuss racy issues like declensions and how best to translate obscure words.