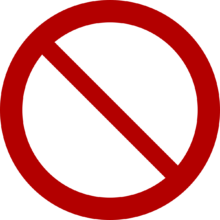 Mariana Irby is a PhD candidate in Anthropology at the University of Pennsylvania.

While searching for flats and rooms for rent in Moscow and Saint Petersburg, one comes across an occasional yet notable prerequisite: “Slavs Only” (tol’ko slavianie). This restrictive caveat pops up in online listings and printed ads, and also appears in related forms, like a stipulation that the prospective tenant be of “Slavic appearance” (slavianskoi vneshnosti), or merely a curt request for “Slavs” (slavianie.)

But who is a “Slav”? It is doubtful that those who write these sorts of racist requirements would care (or even know) that Moldovans or Karelians, for instance, are not Slavic peoples. Obviously these statements seek to filter out housing requests from the millions of “Asian” and/or Muslim peoples who reside in the Russian Federation.

I hypothesize that the prevalence of these discriminatory phrases stems in part, however, from a far less obvious aspect of post-Soviet urban morphology: a relative lack of urban segregation of migrant and visibly non-Russian populations. There is some truth to the Russian lament of “oni vezde!” (they’re everywhere!) Unlike the migrant settlement patterns typical in Western European or North American cities, Russian cities are not characterized by spatialized segregation; there is no banlieue in Moscow.

As an anthropologist studying migration between Tajikistan and Russia, I have found this distinction to be one of the most unexpected aspects of my research. Having grown up between the highly segregated environments of suburban New Jersey and urban Brazil, spatial partitioning was how I understood social difference to manifest across urban landscapes.

When I returned to Russian cities after years of studying and living in Central Asia, I expected to spend time acquainting myself with the “migrant areas” of Moscow and Saint Petersburg. I soon learned that there are no such places. “Central Asian” neighborhoods (or Armenian, Chechen, or Moldovan for that matter) simply do not exist. While teaching a class for children of Central Asian migrants in the summer of 2018, I realized that nearly every child in my group lived in downtown Saint Petersburg, rather than some distant, crumbling khrushchevka outside the metro lines as I had originally imagined (though migrants live in these areas, too).

Unlike in London or New York, downtown life is not completely inaccessible to financially constrained migrants. The post-Soviet transformation of Russian residential structures has involved increased racial diversity and presence of migrant populations, who share these spaces with legacy Russian owners.

Social scientists of metropolitan areas have tended to focus on segregation as a primary analytic or taken-for-granted starting point for understanding social stratification and processes of migrant racialization and exclusion, both in Global North and Global South contexts. However, the urban morphology of cities in Russia—the fourth-largest recipient of foreign-born migrants in 2020—may challenge these long-standing assumptions on the centrality of segregation to outgroup marginalization.

It seems that the apparent ethnic hostility is often justified on the basis of damage to property, as poorer migrants often live in large groups. Or, as one landlady put it in a news exposé on housing discrimination in Moscow, “I just [write “only Slavs”] so that we don’t get calls from 8 Uzbeks from Dagestan trying to live here. We just don’t need that (vot eto nam ne nado).”

Those familiar with Russia are attuned to the stereotype-driven images of Central Asian migrant workers: street cleaners, construction workers, and dishwashers earning paltry wages, all highly vulnerable to exploitation. However, members of all social strata make lives for themselves in Russia’s cities; institutions from universities to medical establishments to startups draw many of the best and brightest from the former Soviet Republics.

The slippery Russian-language term migrant flattens both the complex hierarchies of race, religion, and citizenship status and the various life trajectories that attract large numbers of people from ex-Soviet republics to Russia. As “tol’ko slavianie” suggests, ethnicity often trumps citizenship when it comes to matters of belonging and right to space; a janitor from Belarus would likely not be perceived as an outsider, in contrast to a Dagestani law student holding a Russian passport.

The racialized hostility and lack of trust suggested in “tol’ko slavianie” is likely exacerbated by an additional aspect of migration-related bureaucracy and spatialization within the Commonwealth of Independent States (CIS). Citizens of the Central Asian ex-Soviet Republics can enter Russia visa-free — though the COVID-19 era has brought new, likely temporary restrictions. It is thus Russian cities, rather than Russian borders, that constitute the key sites in which “bordering” as a social, discursive, and institutionalized process takes place.

I suspect that the easily discernible signs of racist prejudice one encounters in housing listings and digital platforms like Avito and tsian.com are not merely proof of racism, but exist within and are informed by a differentiated racially-stratified urban milieu. I view “tol’ko slavianie” as a discursive form of “bordering” that takes place in a context of mass migration that lacks either (1) a traditionally policed border or the visa regimes typical of Global North migrant-receiving nations or (2) ghettoized patterns of urban settlement.

The development of urban space was one of Soviet socialism’s most aggressively promoted projects. The number of people who continue to dwell in these areas attest to this fact. Do the built remains of initiatives to create a socially and ideologically unified citizenry improve the migratory experience of Central Asians and other marginalized ethnic groups in any major way? Or do the less-segregating social forms they engender merely exacerbate existing racial hierarchies and social tensions? There are likely no straightforward answers to these questions; yet, the socio-spatial dimensions of life in these areas offer instructive insights into how certain bodies are racialized and how hierarchies of differential standing within a state apparatus are (re)produced.