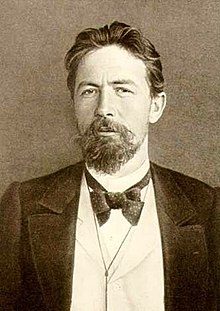 Anne Lounsbery is Department Chair and Associate Professor of Russian and Slavic Studies at NYU.

This post originally ran on the Slavic and East European Blog as part of a series entitled “Russian Studies in the Era of Trump” organized by Ani Kokobobo. Find SEEB on Twitter (@SEEJ_Tweets) and Facebook.

A Turkish friend of a friend of mine recently dreamt that she was playing guitar for the authoritarian leader of her country, President Recep Erdoğan, while directing his gaze toward some pretty flowers and urging him to listen and look. Her dream reminded me of a somewhat intrusive thought I had more than once this past year while teaching a class on Chekhov. I’d be reading one of those perfect stories—models of elegance, subtlety, empathy, and restraint—and then I’d start trying to picture Donald Trump reading the same text. It turned out that this was not really possible: I was not able to imagine what Chekhov’s effect might be on such a person. Would the printed letters swim in front of his eyes, failing to cohere into words? Would Trump roar and wave his arms about in rage? Would he just be physically overcome—knocked out, perhaps—by the effort of reading a text that was in no way about him?

Chekhov’s stories model a certain way of being in the world. One might describe them as incorrigibly humanist, humanist in the most uncool sense. You can choose to interpret Chekhov in ways that make his texts more difficult than they really are, especially if you subscribe to the Modernist tenet that high art is all about difficulty. But I think if you do so you’re failing to experience what’s best and most important about the stories, which is simply their call to look humbly for truth, to attend carefully to ordinary life, and to practice ordinary human empathy. The prescriptions here are almost embarrassingly simple—but they are not at all easy.

The difficulty is made clear in a now-famous letter Chekhov wrote to his hapless brother, in which he outlined, Jordan Peterson-style, what one must do in order to become a more or less “cultured” (воспитанный) person. The letter’s eight bullet points cover everything from hygiene (cultured people will not tolerate bedbugs) to modesty (cultured people eschew false vanity, and they don’t whine about being “misunderstood”) to ethics (cultured people “dread lying like fire”). Most significantly, cultured people “respect human personality [личность], and therefore they are always kind, gentle, polite, and ready to yield to others.”

Given the extraordinarily high standard set by this last statement (always kind, gentle, and polite?), it’s no wonder the letter concludes by noting that the project of becoming a civilized person will require “constant work, day and night, constant reading, study, and will” (беспрерывный дневной и ночной труд, вечное чтение, штудировка, воля). The same project—at once modest and impossibly ambitious—is outlined in another of Chekhov’s well-known letters, this one to his friend Suvorin. He asks Suvorin to imagine the process by which “a young man, the son of a serf,” slowly and laboriously “squeezes the slave out of himself, drop by drop, and upon waking one beautiful morning realizes he no longer has a slave’s blood in his veins but that of a real human being [не рабская кровь, а настоящая человеческая].”

Chekhov’s stories can be read in light of this long, slow project of becoming. Because even when the stories are a little tricky—when they qualify or undercut themselves in those ways that we literary critics always enjoy identifying—they generally do so in the service of pretty straightforward ethical claims.

Take Chekhov’s taste for fleeting phrases that cast doubt on grand statements of epiphany, whether emotional or ideological. In a story like “The Fiancée” (Невеста), for instance, Chekhov’s heroine may convince herself that she’s embarking on a capital-R Revolutionary mission to “turn the world upside-down,” but the writer qualifies virtually every such moment—and many other moments—by some version of “it seemed”: as in, “it seemed to her that something new and great was opening before her that she had not known till then” (ей казалось, что перед нею открывается нечто новое и широкое, чего она раньше не знала), or in the last line, “She went upstairs to her room to pack, and the next morning said good-bye to her family, and full of life and high spirits, she left the town—as she supposed, forever” (покинула город — как полагала, навсегда). It’s a pattern we find repeated throughout Chekhov’s oeuvre, and one thing it does is foster attention to the ways we risk being seduced by the ideologies implied by master narratives of all sorts.

Chekhov’s unflagging insistence on context helps illuminate the letter to his brother I cited above. One thing that’s striking about the letter’s series of bullet points is the intimate connection they assume between everyday habits (don’t spit on the floor), ethics (pay your debts), aesthetics (“it’s not enough to have read The Pickwick Papers and memorized a monologue from Faust”), and high morality (“respect human personality”).

This is a problematic connection—its problems are those of what we might label, in shorthand, “bourgeois morality”—but one that helps me think through my own despair at the vulgarity of our current leadership. Because while I know I should always be viscerally repulsed above all by Trump’s destructive policies (and on occasion I am), I also find myself weirdly shocked and even frightened by his spelling errors, his taste for Ted Nugent, and the décor of his living room.

For Chekhov, the link between aesthetics and ethics is unquestioned. Perhaps the most memorable element of “The Fiancée” is a painting so powerfully vulgar—though all the ekphrasis we get is “a naked lady and beside her a purple vase with a broken handle”—that it appears to be held responsible for the heroine’s decision to flee her family and start a new life. The “stupid, naïve, unbearable vulgarity” (глупую, наивную, невыносимую пошлость) contained in the naked lady image enacts the familiar association of poshlost’ with something vaguely immoral (as Svetlana Boym put it, “poshlost’ is the Russian version of banality, with a characteristic national flavoring of metaphysics and high morality, and a peculiar conjunction of the sexual and the spiritual”). There is no question that in “The Fiancée,” bad taste is a red flag, an entirely reliable indicator of other very, very bad qualities.

I’m not as sure as Chekhov is about this connection. I know, for instance, that the shock I feel at Trump’s vulgarity is a kind of luxury: many people in the world spend their whole lives under rulers who are never not building themselves villas full of golden toilets, addressing TV cameras in a snarling provincial dialect, sneering at eggheads, making threatening allusions to the disloyalty of various internal enemies. Sometimes I feel guilty for my inability to shake off these comparatively trivial horrors (in the future, I wonder, we will all have to spell it “Councel”?) so as to focus exclusively on horrors with consequences that are more direct, and more grave. And yet I find myself drawn back to the spectacle of our current leader’s vulgarity and ignorance, unable to not draw connections between this “stupid, naïve, unbearable poshlost’” and the moral catastrophe we are witnessing.