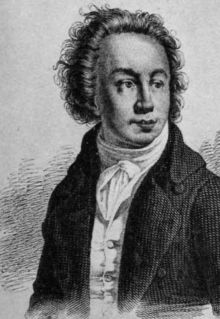 Alexander Jacobson is a PhD candidate in Princeton University’s Department of Slavic Languages and Literatures. He is writing a dissertation on the Russian book of the 1960s and 1970s.

On January 11, 1970, the British émigré newspaper Wiadomości reported on the publication of a new Russian book, a pocket-sized volume that had been a London bestseller during late 1969. In its article, Wiadomości emphasized the volume’s pedigree, writing “[t]he book was published in Moscow by the Central Committee of the CPSU, the editorial board was composed of eight of the most eminent members of the Soviet Writers…the book is dedicated to Sholokhov, and the preface was written by Furtseva, the Minister of Culture.” However, after laboriously establishing these credentials, the newspaper continues in an unexpected direction: “the reader, so prepared, opens the book – and is unable to believe his eyes.” Rather than a work of socialist prose, the book constituted an edition of Luka Mudishchev, an infamous pornographic poem popularly attributed to the eighteenth-century poet Ivan Barkov.

To both Wiadomości and most contemporary readers, publishing this text under a Soviet imprint seemed like some sort of absurd joke. However, beneath its irony, this volume presents a sincere argument. At its core, the 1969 Luka Mudishchev offers a scathing critique of the Soviet publishing process.

To uncover this argument, we need to begin with the book’s true provenance. Of course, this volume was not actually produced by the Soviet government. Instead, it was created by a tamizdat publisher named Alec Flegon, an eccentric Romanian expat famous for his brazen literary stunts.

After getting his start by publishing the first western edition of One Day in the Life of Ivan Denisovich, Flegon made a career of exploiting a loophole in international copyright law, publishing Soviet texts without the permission of their authors. Over the years, Flegon published unofficial editions of Evgenii Yevtushenko’s memoirs; Bulat Okudzhava’s poetry; and many of Solzhenitsyn’s works, including Gulag Archipelago and August 1914. Beyond mere piracy, however, Flegon aspired to political and literary relevance. He published the first editions of Platonov’s Foundation Pit and Bulgakov’s Heart of a Dog, creating tamizdat volumes that he believed to be uniquely capable of reaching Soviet readers.

Flegon’s modus operandi was to combine prominent texts, such as Doctor Zhivago, with fake Soviet imprints. In his words, he believed that this pairing could trick “unsuspecting [Soviet] customs” into allowing his books into USSR. Amazingly, Flegon was correct. As Paolo Mancosu recounts, a copy of his Zhivago found its way to Prague, where it convinced Czechoslovakian authorities that the Soviet government had signed off on Pasternak’s text. In response, the government authorized a 1969 Slovakian edition of Zhivago.

Luka Mudishchev, too, penetrated Soviet borders. In his memoirs, Nicholas Iljine, an émigré sculptor based in Paris, describes smuggling one hundred copies of the book into the USSR in a false compartment within his luggage and distributing them in Red Square. Ultimately, Iljine paid for this stunt; he was quickly imprisoned and summarily expelled from the USSR.

However, Luka Mudishchev conspicuously differs from Flegon’s other false imprints. Unlike those books, which paired otherwise-unadorned texts with Soviet imprints, Mudishchev drapes its text with both prefaces and postfaces meant to frame Barkov’s poem as a proto-socialist masterpiece.

These prefaces, texts attributed to famous Soviets such as the aforementioned Furtseva and Tatiana Tess, a correspondent for Izvestiia, occupy the first eight pages of Mudishchev. Together, these work to frame Barkov’s poem as a product of sheer brilliance. Tess, for example, writes that Barkov’s work “is necessary for both twenty-year-olds and those who were twenty decades ago.” Furtseva’s preface, on the other hand, skews more toward the political; she writes that Barkov was rediscovered after the October Revolution and enjoyed wide circulation within the USSR. She also claims that Soviet citizens had widely celebrated the two-hundredth anniversary of Barkov’s death, an event meant to celebrate the “moral value of the heroic past.”

The postfaces amplify this claim to the level of sheer absurdity. Framed as snippets from Soviet newspapers and journals, these texts claim, among other things, that the Soviet government was inundated by requests to posthumously award Barkov with the USSR State Prize and that statues of Stalin ought to be melted down and reforged into monuments to Barkov.

Considering the dissonance between these claims and the content of the volume’s text, many people considered Flegon’s work to be a crude prank. For example, Gershon Legman, a folklorist, wrote that the volume was published “as an exhibitionistic joke, to demonstrate the technical ability and materiel of the Allied Subversion and Sabotage propaganda services in London.” However, this perspective undercuts the true nature of this book. Luka Mudishchev succeeds as a joke not because it represents an act of absurdity, but because it echoes a basic dynamic within Soviet publishing as a whole.

In their work, Soviet publishers confronted a common — and ever-present — tension. According to Yulii Kagarlitskii, a mid-century Soviet critic, publishers were tasked with publishing texts from a variety of provenances while simultaneously justifying their publications within the political climate of their day. As a result, Kagarlitskii writes that publishers turned to prefaces as a sort of apologetic, believing that they could establish the suitability of their texts for Soviet readers. In his words, “[t]he author of the preface justifies the publishing house. [Their preface] adds a certificate of reliability to the book.” Consequently, Soviet books present a bifurcated structure. While their texts — like all literature — strive towards a variety of meanings, Soviet prefaces uniformly frame these works of literature as reiterations of Soviet ideology.

As Anne Fisher has pointed out, this dynamic becomes readily apparent when analyzing heterodox texts, such as Ilya Ilf and Evgeny Petrov’s NEP-era classic Twelve Chairs (1928). She analyzes one hundred and fifty editions of the text and argues that the Soviet book is a broken object. Every time the political climate in the USSR shifted, texts required new interpretations, and publishers were forced to commission new introductions to their books. In Fisher’s argument, the ephemerality of these prefaces severs their relationship with the texts they were paired with.

However, from the perspective of the preface, the Soviet book represents a strikingly unified object. The task of the Soviet preface was to show how a text could be read as a demonstration of Marxist-Leninist ideology; insofar as Soviet ideology claimed to represent the sole means of understanding history and culture, this meant that the reading in the preface represented the sole possible interpretation of the accompanying text. Naturally, this was an easy claim when applied to works of socialist realism. However, this claim became labored – though not absent – when applied to something like the Twelve Chairs.

At its core, Flegon’s Luka Mudishchev attempts to illustrate this relationship. By purporting to publish a patently non-Soviet text within the trappings of a Soviet book, Flegon’s Mudishchev inflates the relationship between Soviet text and Soviet preface to an extreme. However, this simply serves to render the typical, more subdued dynamic of the Soviet book readily apparent. Though not going as far as to rationalize pornography as socialist masterpiece, legitimate Soviet publications frequently offered strained interpretations of patently non- or un-Soviet texts.

To this end, Flegon’s Luka Mudishchev is not (only) a crude joke; rather, it is a sophisticated attempt at parodying the basic structure of the Soviet book itself.