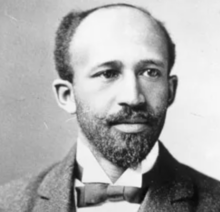 Louis Howard Porter is an Assistant Professor in the History Department at Texas State University.

In the summer of 2019, my family welcomed an unexpected guest. A cousin of mine needed a place to stay in our area for the summer after his housing had fallen through. A pre-med major at an Historically Black College (HBCU) in the South, he had gotten an internship at the medical school of the flagship state university where I completed my PhD in Russian history and taught as a “Visiting Lecturer”––the grandiloquent title for my position as a contingent instructor on the margins of the academy.

Stepping into my role as Senior Male Relative, I asked my cousin what he planned to do once he graduated. “Become a doctor and make a lot of money,” he replied frankly. When my cousin’s parents came to drive him home once his internship ended, I found myself describing to them in embarrassment how over a decade of education at America’s elite institutions had endowed me with no health insurance and measly pay competitive with the lowest wages in America. “Where is all our tuition money going,” his mother asked in sympathetic confusion, “If it isn’t to the professors?”

My cousin’s determination to get rich through education, while flying in the face of W. E. B. Dubois’ lofty vision that the Black community not “mistake the means of living for the object of life,” reflects the deep imprint that the experience of poverty made on my family back through the generations. It also echoes a belief central to my family’s collective wisdom, which polling shows a large portion of Black parents share, that higher education has value because it offers an exit from the intergenerational poverty that has afflicted the Black population since slavery.

In light of this perception among Black people — that education is a meritocratic means of socioeconomic mobility — any discussion of race and bias in our profession must address the economic exploitation immiserating people of all races across academia. Without such a reckoning, especially in the context of a pandemic that has impoverished Black people while cratering the academic job market, inclusivity initiatives in Slavic Studies will amount to little more than rearranging the deck chairs on the Titanic.

Given that only a quarter of all academic jobs are on the tenure track, how does inclusion and diversity in our field empower Black people if, for every Black person who obtains an assistant professorship, three find themselves faced with the choice of either leaving the profession (becoming “carpenters” in Dubois’ words) or remaining adjunct faculty, most of whom make substantially less money than the median starting salary of a recent Black college graduate and a quarter of whom rely on some type of public assistance?

There is no doubt that the recent focus on diversity and race in our field has had a positive impact, providing much needed — but hitherto absent — institutional support for mentoring and recruiting Black students who can bring fresh perspectives to the study of the region. Yet because of contingency, these up-and-coming experts risk falling into the same kind of precarious employment that education promised to bring them out of. Instead of helping these young scholars, recruiting them risks reproducing the racial-class hierarchies of the broader economy in our own field, luring Black and other underrepresented students into a profession with a declining number of opportunities for stable employment.

This new cohort will find themselves in an impossible situation. If future Black PhDs in Slavic Studies, out of frustration with the grim realities of the job market, choose to leave the profession, they face an unforgiving rat race in which their hard-fought credentials become burdens. The recent emphasis on alternative careers (“alt-ac”) paints a rosy picture of how those outside of academia regard our fancy degrees.

The same summer my cousin stayed with us, I applied to hundreds of jobs in fields from federal civil service to secondary education. In the course of six months, I got one interview for a part-time job teaching upper-school language arts at a nearby private school. In other words, my attempt to quit contingent labor at the university level reduced me to excitement over the prospect of becoming contingent labor at the high-school level. The look of befuddlement meeting me on the face of the principal when I showed up for the interview immediately dashed my hopes of getting the job. “You would be a much better fit with your credentials in a small-liberal-arts setting like Macalester,” he explained to me in a fatherly voice, as if my application had ended up in his lap by accident.

If, instead, future Black PhDs in our field choose to remain on contingent contracts waiting to strike gold year after year, they become the new objects of a long tradition of exploiting Black labor in America. In his study of the “adjunct underclass,” Herb Childress and the adjuncts he interviews draw on the language of this tradition to explain the subjugation of contingent labor in the academy, characterizing it as “institutionalized slavery” in which the groveling laborer prays for “a place at the master’s table someday.” Far from alarmist hyperbole, this language reflects the continued dehumanization of the least powerful among us. As Childress notes, “some professional accrediting bodies, and the federal IPEDS reporting system” reproduce in their assessments of faculty sizes the Three-Fifths Compromise (an agreement at America’s constitutional convention reducing slaves to three-fifths a person), “with each contingent teacher counting as a third of a person.” The de facto class-based segregation of higher education also means that adjuncts are disproportionately represented at the community colleges and state universities catering to lower-class Black communities. “The least privileged students,” Childress concludes, “are likely to have the least privileged teachers.” Little wonder my cousin, when asked, expressed no interest in getting a PhD.

My own story has a happy ending. Through the mixture of hard work, dumb luck, relative privilege, and irrational persistence some call “merit,” I got a tenure-track job. But I am the exception. I have seen some of the best minds among my acquaintances of all races, as well as the scholarship they began to cultivate, left to wilt on the vine. Thus, in my present job, I encourage students to study history and pursue careers requiring the historian’s skill set, but give them some “real talk” when the topic of applying to doctoral programs in our field comes up. I do so cognizant of the fact that we tenure-track and tenured faculty swell the ranks of this new intellectual proletariat at our own peril. As Dubois warned in his essay in support of Black education from a century ago, “if you do not lift them up, they will pull you down.”