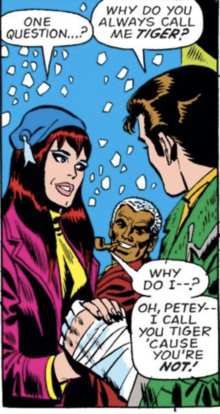 This is the fourth installment of “Rereading Akunin” focusing on The Winter Queen.  For the introduction to the series, and subsequent installments, go here.

In this short but eventful chapter, Erast Petrovich Fandorin takes a trip to the Crimea.  No, not that Crimea (it’s not ours).  Fandorin’s companion describes this Crimea as a “filthy dive,” and he’s not wrong.  But for Fandorin, this isn’t just a visit to the demimonde; it’s a short, generic detour through the literature of the nineteenth century, one that looks like a farewell to Romanticism, even though, as the novel progresses, it proves to be more of an au revoir.

This chapter really needs to be discussed in its chronological order, so today the recap precedes the interpretation.

in which serious unpleasantness lies in wait for our hero

Fandorin and Akhtyrsev finally formalize their acquaintance, in a moment that emphasizes the latter’s lack of self-awareness (“Fandorin, a funny name that.  And I’m Akhtyrtsev’). Fandorin briefly wrestles with a moral quandary: should he take advantage of his companion’s drunken volubility to get information out of him for the purposes of his investigation? The answer is yes, which means we get to have the rest of the chapter.

At the Crimea, which seems to be both a club and a brothel, Fandorin blushes at the sight of the scantily-clad prostitutes who work there, and lies about his age (saying he is twenty-one rather than twenty).  Akhtyrtsev, a wise old man of twenty-three, proceeds to tell him the story of his rivalry with Kokorin and the latter’s eventual suicide. At this point, the chapter begins a stylistic move back in time, one that starts in mid-career Dostoevsky before depositing us into the realm of Romantic adventure.

Akhtyrtsev’s tale is told with a hint of the fervor that animated Marmeladov in his drunken confession to Raskolnikov at roughly the equivalent point in Crime and Punishment. It is barely a dialogue (“Just sit quietly and don’t go interrupting me with questions”) and it gets more and more fervid as time goes on.  Akhtyrtsev and Kokorin are both in love with Amalia and are on the verge of fighting a duel (bringing us one step closer to winning our game of Classic Russian Literary Tropes Bingo).  Amalia doesn’t want the scandal, however; she prefers it to look like the loser has committed suicide, which is why each of them writes a will naming the other as executor.  Since she doesn’t want to profit from either death, they resolve to leave their money to charity, eventually choosing Lady Astair’s children’s home.

The two rivals decide that each of them will have a revolver with only one bullet and take turns trying their luck (“Because of you and me, Kolya, they’ll rename it Russian roulette”). After several attempts, it ends badly for Kokorin.

When the story is over, the two men leave the club, and are approached by a “white-eyed functionary” with a slight accent, who asks for a light. The man stabs Akhtyrtsev in the liver, killing him instantly.  He then whispers the word “Azazel” and stabs Fandorin in the side; just before he passes out, Fandorin realizes he has been saved by the Lord Byron whalebone corset.

Byron, Don’t Be a Hero

As Chekhov taught us, if a whalebone corset appears in Chapter One, it’s bound to get stabbed in Chapter Five. But why is it named after Lord Byron?

In part, it’s simply funny.  A product appealing to an insecure man’s vanity invokes the archetypal masculine hero as part of its marketing scheme (never mind the fact that Byron himself famously deviated from the heteromasculine norm, from his clubfoot to his fondness for boys, not to mention the incest).

But it also tells us something about the type of story we’re reading, and about Fandorin himself.  At this point, the young Fandorin is keeping Byron literally close to his heart.  Does that make him a Byronic hero?  Here I’m reminded, as I often am, of Spider-Man.  Mary Jane, the girlfriend of Peter Parker/Spider-Man, always calls him tiger.  In Amazing Spider-Man 143, Peter asks her a question: “Why do you always call me tiger?”  Her answer is in the accompanying picture:

The same holds true, mutatis mutandis, for Fandorin.  He is not Byron; he’s someone else. In fact, given that this is his origin story, the very existence of The Winter Queen makes it impossible for Fandorin to become a Byronic hero because we know too much about him.  The Byronic hero has to have a Dark Secret, one that no one knows (<cough> Incest! <cough> Buggery!).  By contrast, Fandorin is, almost literally, an open book. Later, when he is more mature and more accomplished, we are a bit more removed from his consciousness, and he could possibly seem  mysterious (a trick Akunin achieves best when we view Fandorin through the eyes of another character, as in Coronation). But let’s face it: we knew Fandorin back in the day.

This chapter flirts with the literary history leading up to Fandorin’s era, moving backwards from Dostoevskian fervor to a Romantic sudden murder.  But to the extent that Byronism has any place in The Winter Queen, it serves its purpose in Chapter Five, shielding our young hero from lasting harm before being cast aside.  For a hint as to where we’re going next, look no further than the subtitle of Chapter Six: “In which the man of the future makes his appearance.” The man of the future is not Byron, nor even Spider-Man.  He is more of a superman, and he needs no whalebone corsets to be knife- or bullet-proof.