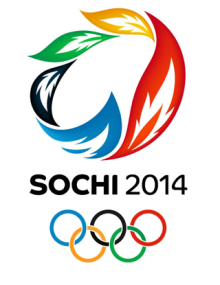 Twenty-four years ago, sex in in Soviet public life did not exist. Now many Russians say that homosexuality is not to their taste; they think it is immoral and wrong. That is a big change.

As for people speaking out against the Olympics, these protests anger many Russians who view them as a Western attempt at manipulation. What right do Western countries, with their own controversies, have to tell Russia how to be moral? It feels like an unwelcome encroachment. For many Russians who might be open to another point of view, it is hard to listen to what is being said when it is being said so arrogantly. All citizens complain about their homeland, but eventually reach a point where they have to defend it.

I will attempt to give a parallel. Americans get told they should not police the world. Why do we get to rain bombs over Libya, send drones across Pakistan—who gave us the right? Many Americans, whatever their feelings about the drones and the bombs, do not appreciate being told what to do by critics who can rightly assail these kinds of political actions. And most probably don’t even know what the fuss is about.

It will feel good to say I told you so when the Olympics go off without a hitch. Strangely enough, fears of violence against gays can act as good PR for Russia by drawing attention away against a real threat: terrorism from the Caucasus. The difference is that the Kremlin has influence over the gay thing, but not the terrorism thing. If the gazillion rubles being spent on security weren’t enough to defend Sochi, then people would lose trust in the Kremlin. The terrorists know that—hence the real fear they will try to attack during Sochi. And the terrorism thing is often played in the West as a cut-and-dry Muslim/Al-Qaeda problem, which it is not. I hate to say it, but if there is a risk of something going wrong at the Olympics, it is not related to gay rights. (A recent op-ed in The New York Times made many of these claims as well.)

The international reputation of Russia is too important to the Kremlin, and too important to Russians. The tension is concentrated on the Russian side. Russia has never experienced an influx of foreigners on the scale that it expects for the Olympics. In Kazan, I was witness to the Universiade, a college-level international sporting event which saw thousands of foreigners come to a small Russian city and it was fine. Volunteer college students were paid with cheeseburgers to walk around with shirts that said, “Ask me a question!”

Russian people are so nervous because they fear that their standards are lower than the rest of the worlds. Most Russians who have seen the world have gone to rich countries on vacation. On vacation, when everything in the hotel was cleaner and you were a little looser with spending money, and you didn’t have to work and commute 89 minutes from your half-room in an apartment way out on Avenue X. So the impression of Europe, of the rest of the world, is that of the great European capitals (or of vacation in Thailand where everything is cheap, where they only engage in the package tours (and possible sex tourism) that support the economy. The common idea of the quality of life in the West is so disproportionately positive that many people think that not even the $50 billion spent on revamping Sochi would be enough to show us that Russia’s not a dump. Really though: 50 billion is probably enough.

Russians are really afraid that Sochi won’t meet the standards of Russians.

Russia is afraid it will be shamed by the disorganization, bureaucracy and contradiction that define everyday life. They’re doing everything they can to remedy the problems, spending unprecedented amounts of money (even if a lot of that is syphoned into private pockets).  That famous Russian soul creates the desire for leaving a good impression of hard work and kindness, even in their absence.. But this time the hard work and kindness are really there.